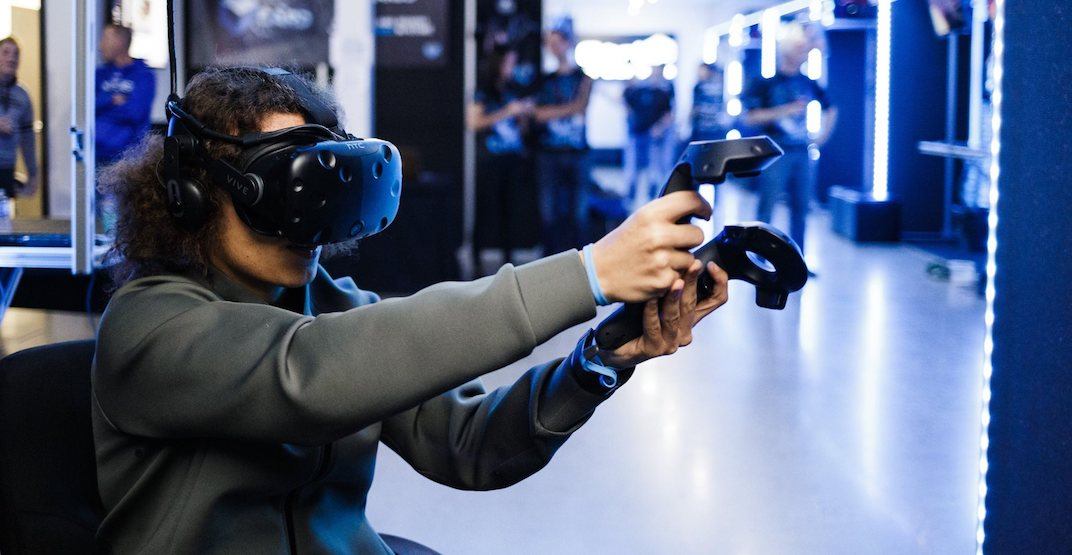 Everyone needs a quick escape every now and then.

Some people enter the fictional world of books, or spend a few hours bingeing the latest show on Netflix, but the best way to truly make that getaway is through virtual reality.

The trending technology has finally been made available to the masses, with VR rooms popping up in cities across Canada and gaming consoles offering their own VR accessories.

Calgary has actually just become home to a full-blown VR arcade: Ctrl V, an extension of the franchise that first brought virtual reality to North America.

Ctrl V opened in Calgary in November 2017, and has since been working to improve the out-of-this--reality experience for customers. The Calgary location’s owners, Madinah Ramji and her family, also own the Ctrl V locations in Red Deer and Lethbridge, along with a Red Deer movie theatre they built in 1996, Carnival Cinemas.

In an email to Daily Hive, Ramji said that the Calgary location is looking into planning bi-monthly events to support local non-profits and charities, along with participating in Ctrl V’s annual Extra Life, a fundraiser that donates proceeds to the Children’s Miracle Network.

Ctrl V Calgary is open seven days a week, and as late as midnight on Friday and Saturday.