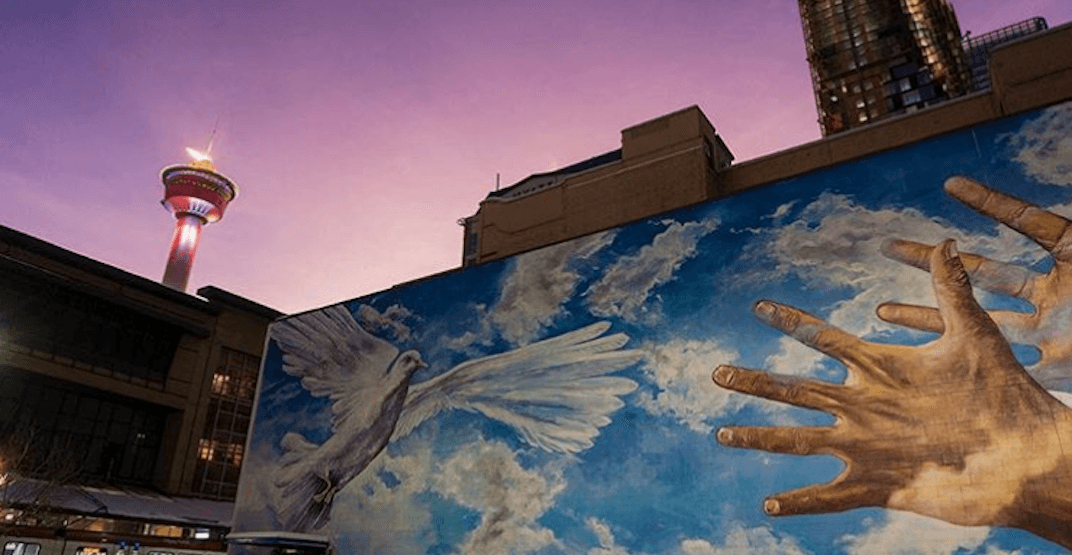 Calgary’s photographers had better get their gear ready.

The City of Calgary has said it will be lighting the Olympic cauldrons throughout the city to remind people to vote in the upcoming plebiscite.

The flame atop Calgary Tower, along with the cauldrons at WinSport’s Canada Olympic Park, will be lit for 20 minutes and 26 seconds every day until the November 13 vote — with the exception of Remembrance Day on November 11.

The lighting of the cauldrons has been sponsored by the Calgary Hotel Association, alongside private donors.

“It is our intention that these cauldrons inspire Calgarians to learn more about the bid, and show their support at the polls November 13.”

Red and white lights will illuminate the tower each night, and the lights will also be seen on Calgary’s Telus Spark, Olympic Plaza, Arts Commons, Glenbow, and Reconciliation Bridge on November 13.

The last time the Calgary Tower’s flame was lit was during the 2018 Pyeongchang Olympics in support of Canadian athletes, and many photographers around the city took the chance to snap some amazing shots of the iconic landmark:

A post shared by ValerieSchneiderPhotography (@valerieschneiderphotography) on Feb 12, 2018 at 10:00pm PST