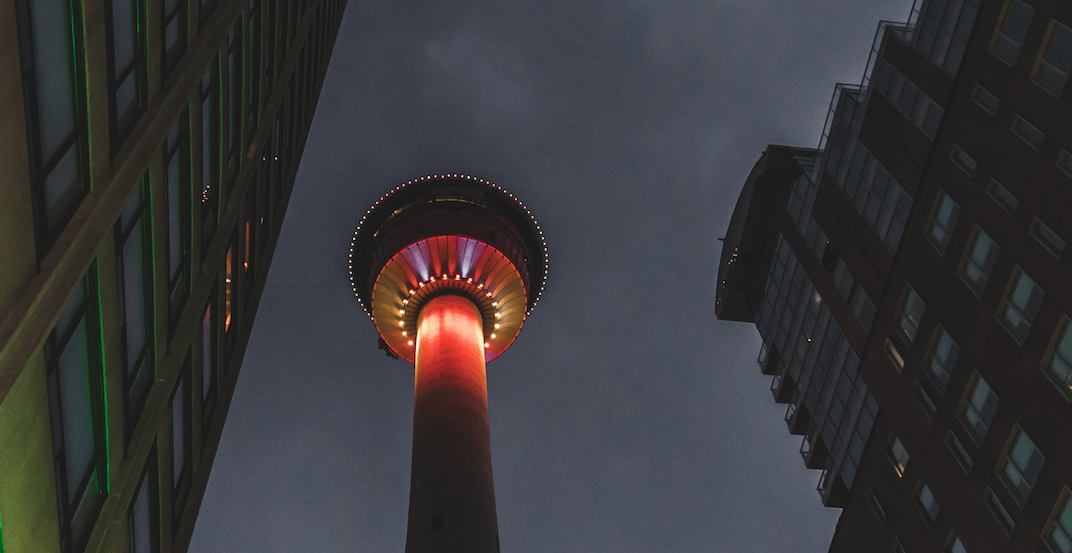 One of Calgary’s most iconic landmarks has been closed indefinitely as a result of a situation straight out of an action movie.

Eight people were trapped in the Calgary Tower’s elevator on Friday, July 12, having to escape the elevator car by climbing up and out of the scuttle hatch.

The eight visitors were assisted by the Calgary Fire Department just after 10:30 pm on July 12, according to a release from CFD. They had to first be pulled up through the initial car’s scuttle hatch, transferred to the top of a second car, and then lowered into it through its hatch.

The second elevator was then successfully lowered to ground level.

The release also notes that anyone who had been dining at the restaurant that night had to be escorted down the stairs by firefighters.

The scene has since been left in the hands of building maintenance and elevator technicians, according to the release.