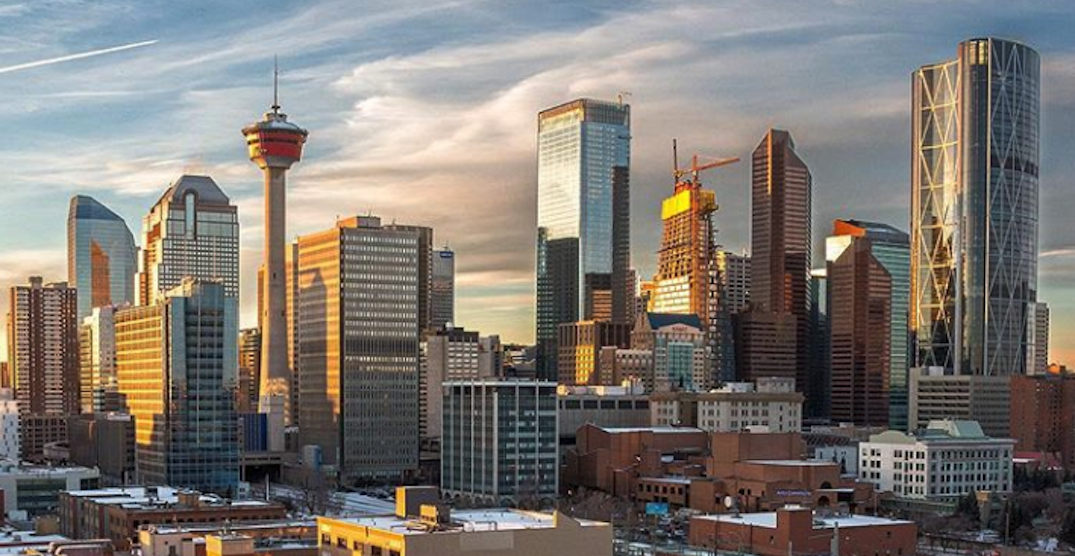 Summer is arriving fast, and with it come visitors to our great city.

If you’re someone who’s expecting a guest, there will eventually come the inevitable question of “what do you want to do today?”

That question doesn’t have to fill you with existential dread as you desperately try to remember the cool things you can show off about Calgary.

Below, we’ve put together a list of great neighbourhoods, shopping destinations, and attractions to show off Calgary to your guests. 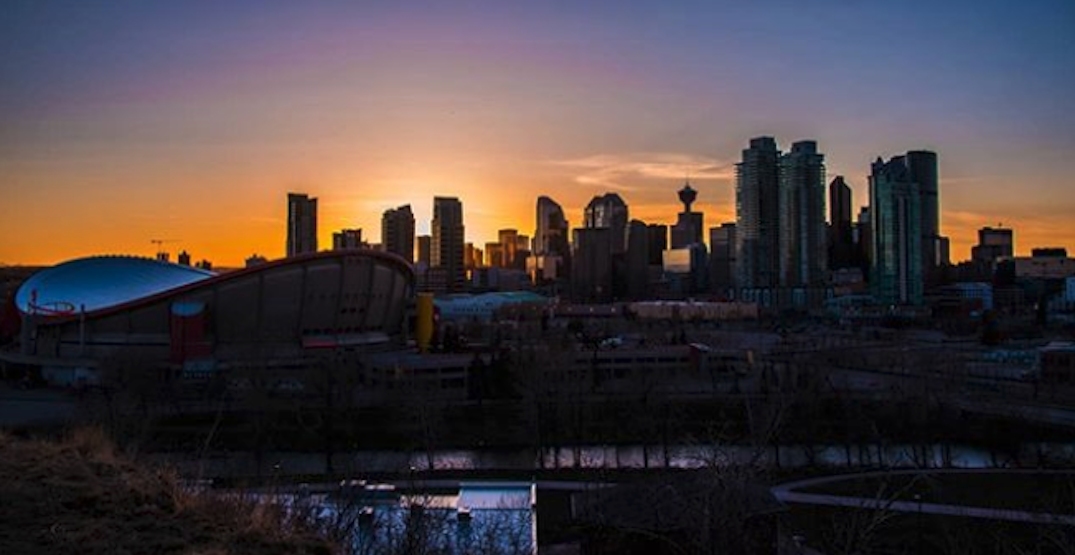 Calgary is a huge city, but there are certain neighbourhoods that are must-visit destinations if you’re showing someone around the city. If you’ve lived here for long enough, you’re probably very familiar with a lot of these places already.

Originally called Germantown due to the the large numbers of Russian and German immigrants looking for affordable places to live in the 19th century, the area has since become more diverse and was renamed Bridgeland.

This neighbourhood is known for its unconventional shops and a dining scene with options ranging from creative burgers and delicious ramen made from scratch.

This area is also home to the TELUS Spark science centre and the Calgary Zoo.

Called Calgary’s “urban village,” there are over 250 unique shops, restaurants, and services here.

Kensington is quite pedestrian friendly. You can walk across the Louise Bridge from downtown, or get off the Red Line LRT at Sunnyside Station to get there, and once you are, there’s nowhere in Kensington that can’t easily be reached on foot.

Immediately north of downtown and south of the Bow River, Eau Clair is a beautiful neighbourhood. Eau Claire is named after the Eau Claire Lumber Company that worked in the area and was one of Calgary’s original industries.

Home to many hotels and restaurants, this area is most well known for Eau Claire Market Mall and Prince’s Island Park. The mall is home to one-of-a-kind shops and galleries, a six-screen theatre, and a food court.

Eclectic and quirky, Inglewood is a must-see for someone who wants to get a feeling for what Calgary is like. There’s so much to see and do here that it could be featured in an article all on its own.

In Inglewood, you will find shops selling vintage clothes and furniture, indie fashion, trendy garden supplies, old-fashioned barber shops, and more restaurants and cafes than you could ever just visit in one day.

It’s across the river from the zoo, near Fort Calgary and home to plenty of art galleries and music venues to keep you entertained.

The neighbourhood is also (apparently) super haunted, and there are ghost walk tours available most of the year.

There are lots of shopping malls in the city, but if you’re showing someone around town and have limited time for shopping, the following three are the best ones to impress with.

This is the biggest mall in Calgary. There are 250 stores, a 900 seat food court, a 16-screen theatre, and a bowling alley all under one roof.

The indoor architecture of this building is absolutely incredible, and a must-see if you’re downtown.

This mall is also home to the Devonian Gardens which is a favourite relaxation spot for anyone who spends enough time downtown.

This one is particularly famous. If you’re in Calgary for any significant amount of time, you’ll hear people talk about Stephen Avenue.

Walking along Stephen Avenue is the prime downtown Calgary experience. A beautiful blend of old and new buildings tower above you while you walk passed countless shops, public art pieces, pubs, and more. Stephen Avenue is Calgary’s pulse and a trip to the city isn’t complete without a visit. 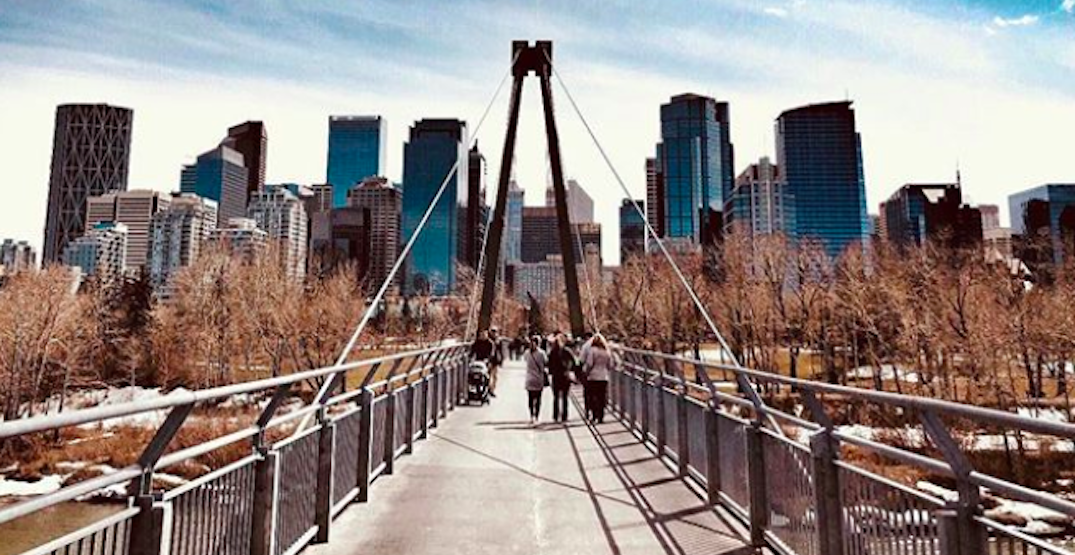 No city is complete without attractions, and Calgary has plenty of them. No matter what you’re visitor is interested in, there’s definitely something in this city that they’ll be amazed by.

Hailed as Canada’s most visited zoo, there are over 700 animals who call the 92-acre park home.

The zoo is divided into different sections including The Canadian Wilds, The Land of Lemurs, Penguin Plunge, and the Rocky Mountain Bird Aviary.

Most recently, the zoo opened the Panda Passage, the temporary home of the family of giant Pandas on loan from China who had lived in the Toronto Zoo for the last five years.

The best way to see Calgary is from above, and the Calgary Tower is the best place to get that view.

On the tower’s observation deck, you have a full 360-degree view of the city and what lies beyond.

Even though there are buildings much taller than the tower, it’s still a defining part of the city’s skyline.

This year in June, the Calgary Tower is celebrating 50 years as a Calgary icon with a 60s themed block party, ice cream, face painting, and a musical performance courtesy of BassBus.

Canada’s largest living history museum, Heritage Park is one of Calgary’s most visited tourist attractions — and for good reason.

The exhibits at the museum depict life in western Canada from the 1860s to the 1950s. The exhibits of the museum are in the form of historical buildings such as a post office, a newspaper office, or a school, fully furnished with artifacts and populated by an actor in the role of someone who works there, who will even answer questions from visitors.

The historical village opens during the park’s summer season, starting on May 19.

Originally built for the 1988 Olympic Winter Games as the site of the medal presentation ceremonies, the park still sees use today hosting events and festivals year-round, and is a favourite lunch hour spot for Calgary’s downtown workers.

The park features a stage, huge amounts of seating, waterfalls, a pond in the summer that becomes a seating area in the winter, and independent concessions.

A huge and beautiful indoor park and garden in the CORE Shopping Centre.

As Calgary’s only indoor park, it’s hugely popular and a great place to relax while downtown. Tropical plants, natural light, water fountains, a living wall, and fish ponds are all features here, as well as an indoor playground.

Calgary might be the third largest city in Canada, but that doesn’t mean that it’s nothing but urban sprawl.

Fish Creek Provincial Park in southern Calgary is more than three times bigger than Vancouver’s Stanley Park, and is the second largest urban park in Canada.

The park features lots of walking, hiking, and bicycle trails, both paved and unpaved, and is home to an abundance of wildlife.

There are also plenty of forest and picnic areas for your enjoyment. You could spend all day here and hardly even notice the hours go by.

Named after Peter Anthony Prince, the man who founded the Eau Claire Lumber Mill, Prince’s Island Park is a beautiful downtown park that hosts many of Calgary’s greatest events.

There are also lots of public art pieces and wide open green spaces that are perfect for picnics after you’ve travelled along the many walking and bike trails.

Interactive exhibits, presentations, and demonstrations are the order of the day at the Telus Spark Science Centre.

The museum offers a wide variety of media, workshops, school and youth programs, sleepovers, and summer camps throughout the year.

Much of the museum is directed for children and youths, but there’s plenty that adults will be interested in, including the HD Digital Dome Theatre which shows films or live planetarium shows, and the monthly Adult Only Nights — adult beverages included.