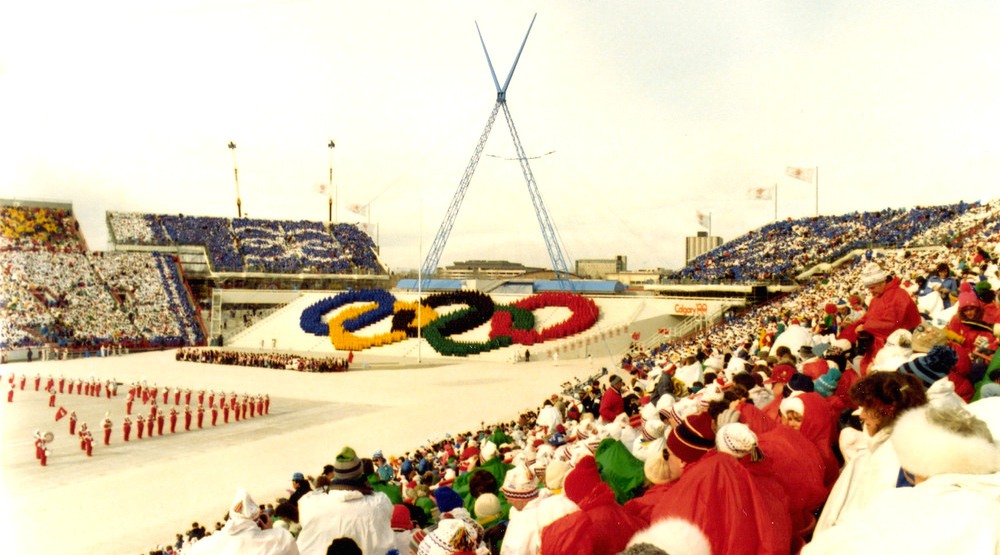 As Calgary ponders over whether it should bid for the 2026 Winter Olympics, it passes through another anniversary of the 1988 event that opened the city to the world.

Twenty nine years ago today, 60,000 people gathered at the renovated and expanded McMahon Stadium for the $10-million Opening Ceremony featuring over 5,500 performers. While the format and order of the Opening Ceremony segments differs from the most recent iterations for the Olympics, it still had the essentials.

A layer of coarse white sand covered the stadium floor’s turf to provide performances and horses the required surface to safely perform.

According to the official report by the Calgary 1988 Olympic Organizing Committee, the giant teepee – now a roadside attraction in Medicine Hat – incurred failures during the Opening Ceremony due to high winds. As a result, the fabric covering the structure was lowered to reduce the wind pressure and vibration on the metal structure.

For the Closing Ceremony, organizers held it at night, marking one of the first times the spectacle was held in the dark, and turned the stadium field into a giant ice rink for ice skating performances during the show.

The International Olympic Committee has created a three-hour documentary on the 1988 Games and it is viewable on YouTube. As for the Opening Ceremony, it is also on YouTube and is split into the following four parts: