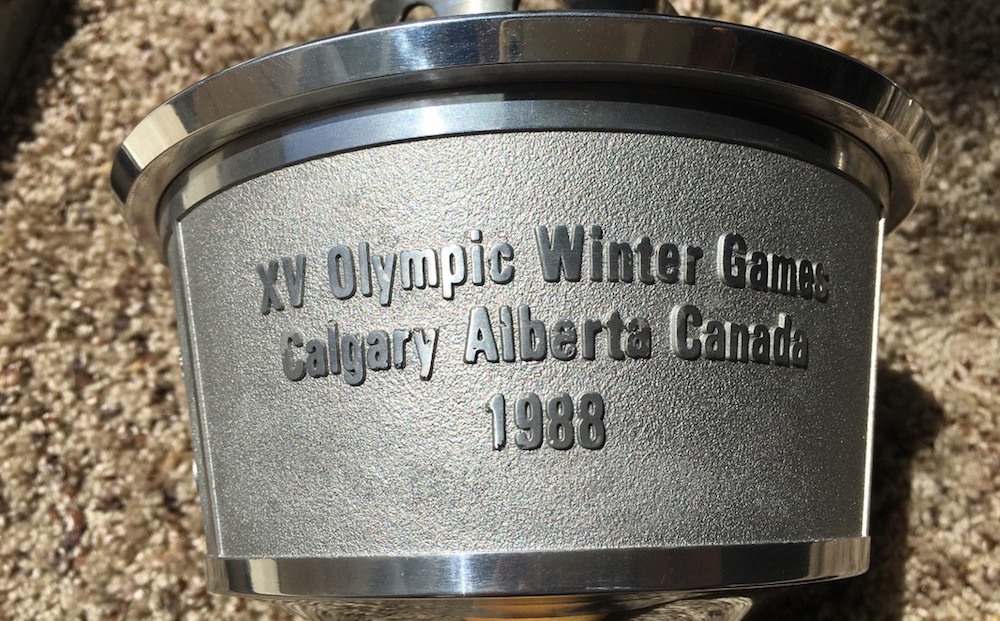 With the 2016 Summer Olympics around the corner a familiar gem from the Calgary Winter Olympics could be yours.

What seems to be an authentic relay torch from the 1988 Winter Olympics has surfaced and is now open for bidding on ebay.

The ‘1988 Winter Olympics Torch – Extremely Rare Memorabilia’ as it reads must have a starting bid of $30,000 USD or more. There were only 150 torches made that year thus making it a hot commodity. Although a steep price for some, the buyer claims another Calgary torch sold for $42,000 earlier this year.

The shape of the iconic torch was designed as a replica of the Calgary Tower. On it you can see inscriptions “XV Olympic Winter Games Calgary Alberta Canada 1988,” and “XV Jeux Olympiques d’hiver Calgary Alberta Canada 1988.” The ball at the bottom is engraved with the motto, “Citius, Altius, Fortius,”meaning faster, higher, and stronger. The handle has ten winter sports pictograms laser engraved on it.

Bidding is open for another 5 days.