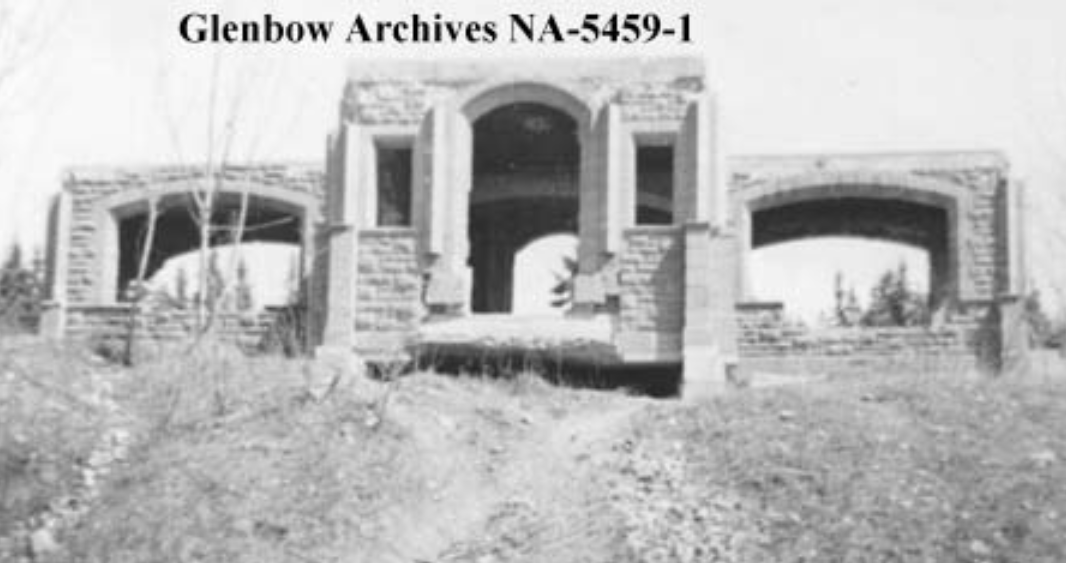 Lindsay’s Folly, also known as, “Deadman’s Castle,” is a structure found in Calgary that has long been the setting for children’s ghost stories.

The folly was constructed by Dr. Neville J. Lindsay using sandstone blocks that were taken from the Knox Presbyterian Church on Seventh Avenue and Centre Street in 1913. Construction was halted after the builder ran into financial issues.

Dr. Lindsay was a physician-turned-real estate speculator, during the time when the real estate market went into decline, and many lost their fortunes.

Dr. Lindsay lost everything he was worth due to the burst of the real estate bubble, and the building was never completed. The site was abandoned, and reverted to city ownership in 1936.

Today’s #yyc ghost story is that of Lindsay’s Folly – AKA “Deadman’s Castle.”

The folly’s incomplete, grandiose facade stands to show the optimism in Calgary during the real estate boom.

Generations of children have played among the ruins of Lindsay’s Folly since the halt of its construction, to the present. The game that they played and the ghost stories that they told have contributed to the legend of “Deadman’s Castle,” states the City of Calgary.

Though adults in Calgary would probably see the economic turmoil and real estate woes as scary enough in and of itself.