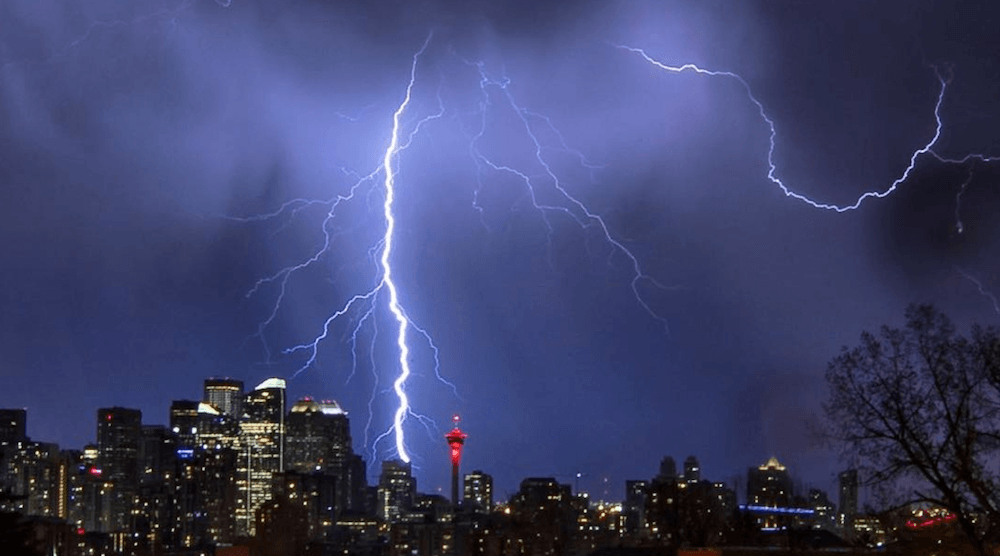 Calgary was in for quite the light show last night.

As the storm clouds made their way over southeast Calgary, bursts of bright purple streaks lit up the sky.

Depending on where you were in the city, from some angles it looked like the Calgary Tower was being zapped! So cool.

Thanks to the power of social media, here are some great shots of last nights storm.

Zaaapppp! Man, I am not surprised how happy nocturnal lightning makes me. #Lighting #Abstorm #yyc pic.twitter.com/dWbYYBEosn

Didn't turn out that great. Here's what the lightning looked like from down here anyway. #yyc #abstorm #yycweather pic.twitter.com/k5k9lc6O6l