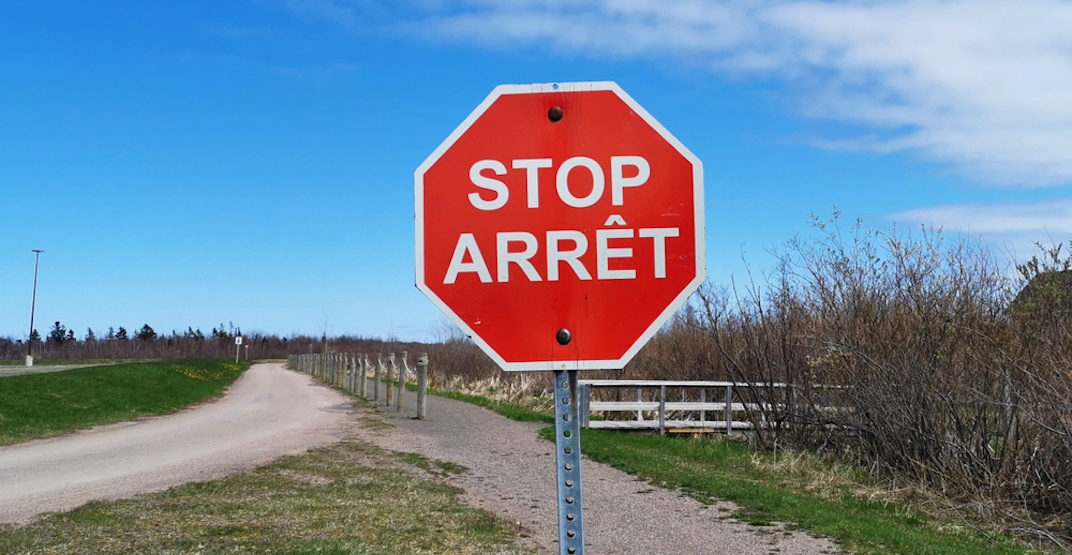 The installation of new ‘STOP/ARRÊT’ signs in a Calgary neighbourhood will help acknowledge the area’s historic French roots.

On Monday, Calgary city council approved a motion by mayor Naheed Nenshi and councillor Jeromy Farkas that would replace existing ‘STOP’ signs in the Mission district with bilingual signs.

Mission entails a portion deemed to be historic Rouleauville, which was previously a community for French Canadians and Metis before it was annexed into the City of Calgary in 1907.

These new sign installation have been called a “fitting way” to celebrate the 120th anniversary of the original founding of Rouleauville and recognize Calgary’s historic French roots.

“STOP/ARRÊT Bilingual Stop Signs have been installed throughout Canada to great effect, as a permanent mark of recognition and respect for Canada’s linguistic duality and as a reminder to ‘stop’ and learn about the French and French Canadian pioneers and trailblazers,” reads the motion.

The cost of replacing the signs will be covered by fundraising by community volunteers at no cost to the municipal government.

According to the latest census data, there are 89,400 bilingual speakers in Calgary, plus 1,170 individuals who only speak French.