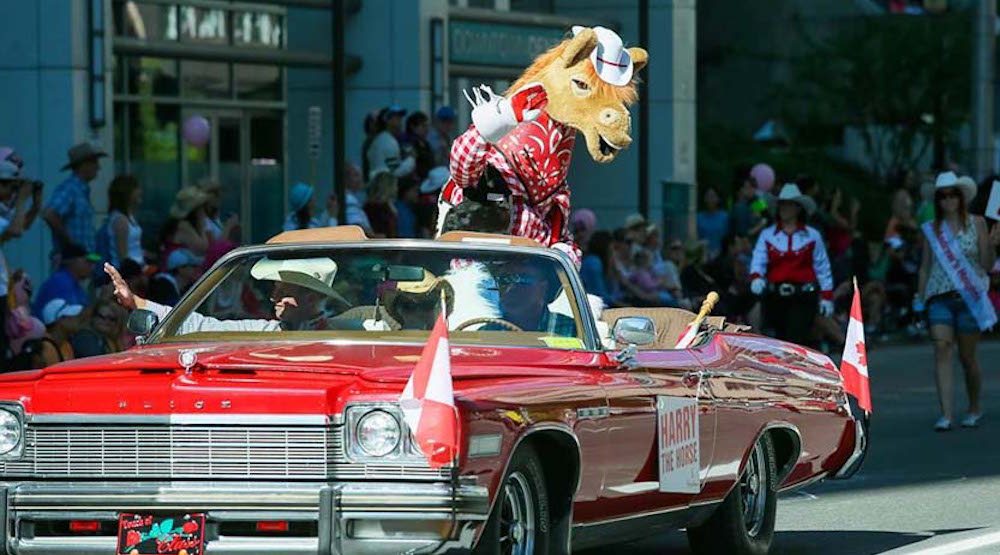 The Greatest Show on Earth is about to kick off another epic year, with the 105th annual Calgary Stampede Parade on Friday, July 7.

For the first time since 1989, First Nations leaders will be serving at the forefront of the parade with the Treaty 7 Chiefs serving as that parade marshals. The parade will feature 116 entries and more than 4,000 people walking, cowboying, playing music, as well as hundreds of horses and 50 motorized vehicles and floats.

The parade is one of the highlights of the Stampede for many guests and they have mastered the art of getting to their favourite spot on the parade route. BUT a change is coming to the parade this year with the route changing directions.

As an added bonus to kicking off Stampede in Calgary, free admission to the park grounds on Parade Day will be honoured until 1:30pm.

Folks wake up before the crack of dawn to get their favourite spots on the Parade route. To help you navigate the parade, we’ve put together this handy guide. 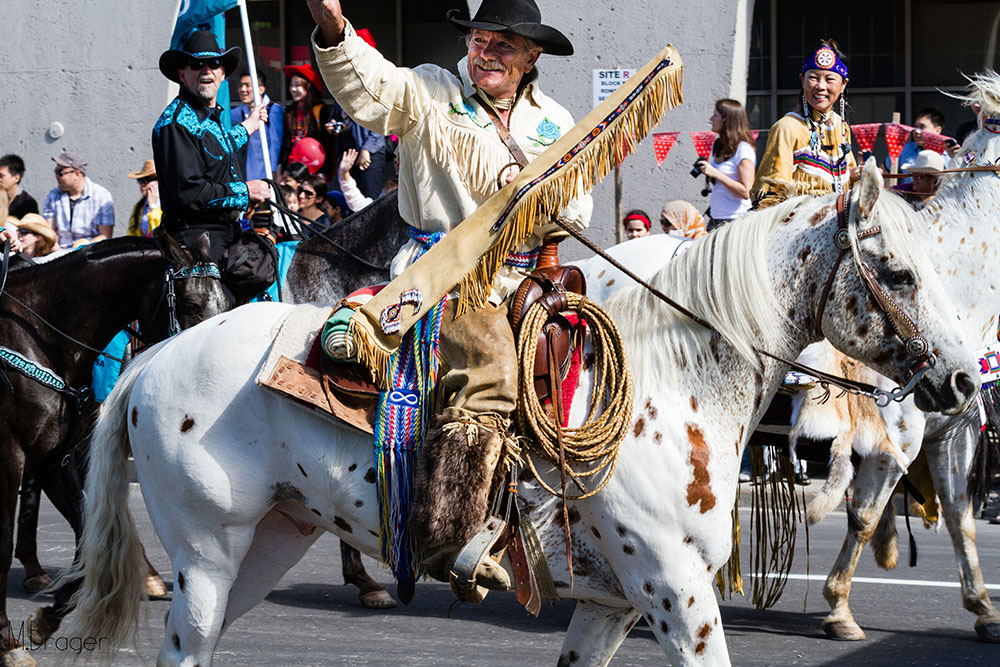 The parade will run from 8:55 am running to approximately noon and features fancy floats, marching bands, western riders, mascots, and more. The streets in the downtown core will be closed at 7:30 am so parking will not be easy for attendees – we suggest taking the train in.

A parade prelude will start at 7:30 am helping to fire up the Stampede spirit for attendees with live entertainment including clowns, mascots, musical groups, dancers, singers, martial arts experts and more spread along the parade route.

The parade spans 4.5 kilometers along the following route: 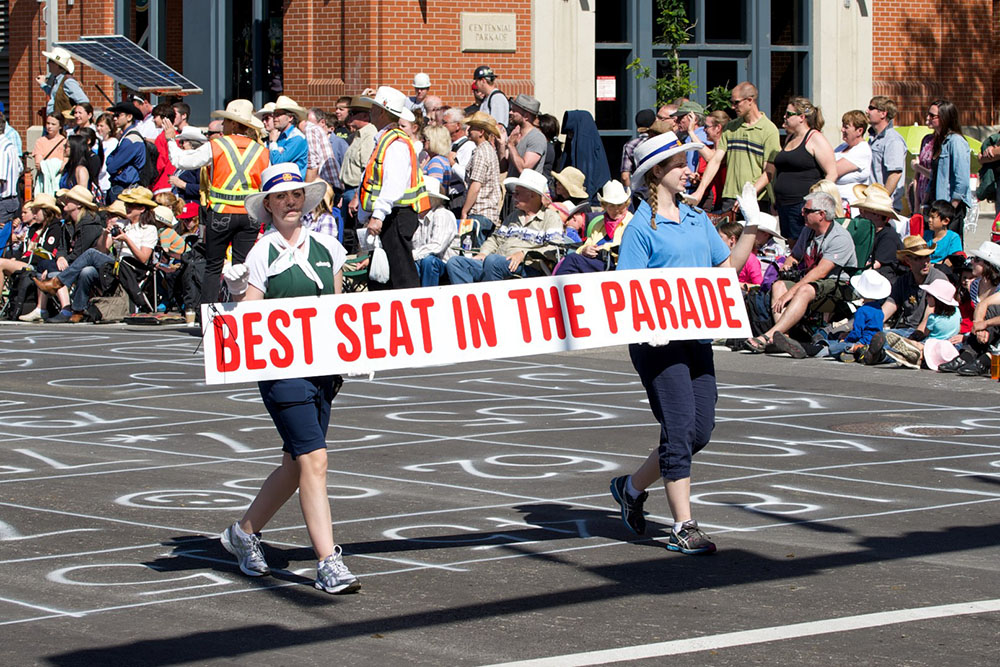 The sidewalks along 6 and 9 Avenues are available to the general public on a first come, first served basis. There’ll be huge crowds so it’s best to arrive early to find a prime viewing spot.

Although the Parade is open to everyone for free, you can reserve a small amount of bleacher seating through the following non-profit organizations:

For those with mobility issues, the City has reserved accessible viewing zones until 8 am. Space is limited, so get there early – after 8 am, any space still available will be open to the public. 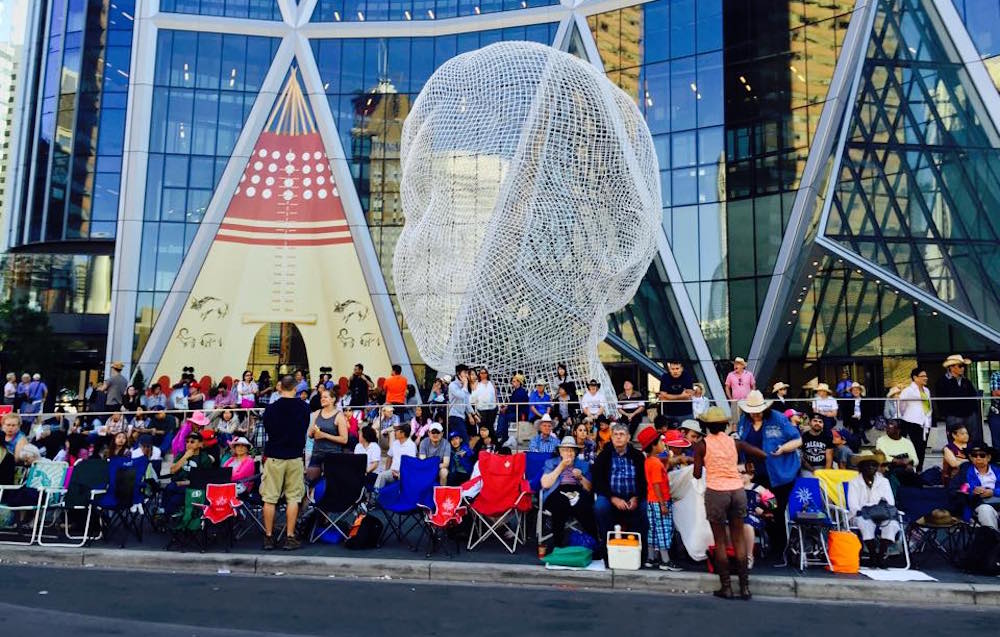 Starting at 7:30 am the following roads will be closed in Calgary:

The roadways will re-open at approximately 2 pm.

Many parking lots will also be closed during the Parade. For more info, check calgary.ca Attendees are welcomed and encouraged to get downtown for the parade by walking, biking or using Calgary Transit.

For more information check out the Calgary Stampede’s Parade page and the City of Calgary’s transportation page.

The C-Train runs before, during and after the parade. Some regular and express buses may be detoured to accommodate the festivities. For more information click here.

The Calgary Stampede will run from Friday, July 7 to Sunday, July 16.