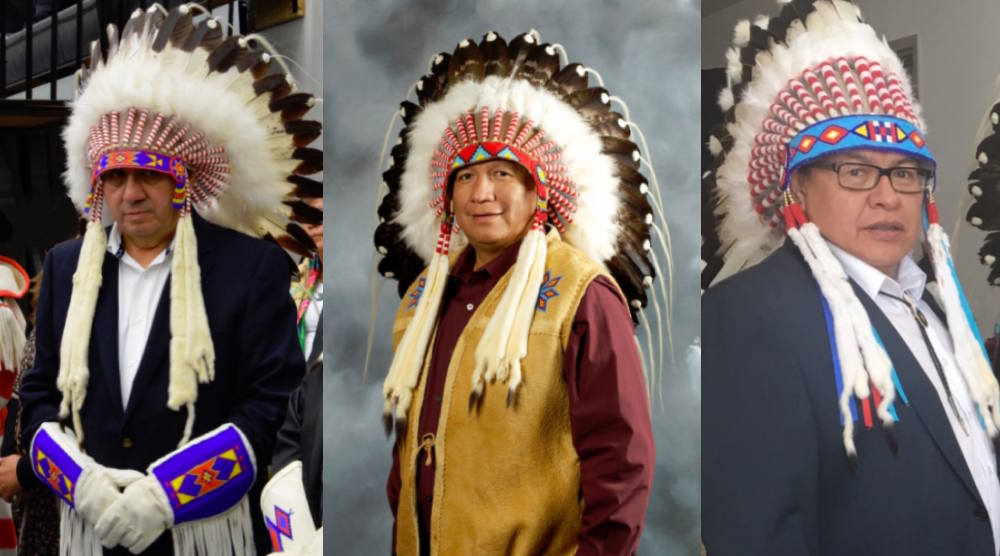 The Calgary Stampede announced that this year’s Parade Marshals will be the seven chiefs of the Treaty 7 Nations.

All from southern Alberta, the Treaty 7 Nations are comprised of three Blackfoot Confederacy Nations, three Stoney Nakoda Nations and the Tsuut’ina Nation.

A relationship that has spanned the whole Calgary Stampede run, the nations of Treaty 7 and the Calgary Stampede dates back to 1912 when Guy Weadick, creator and organizer of the very first Stampede, requested that First Nations be a part of the celebration.

“We have had a strong relationship since the beginning of this great festival, and we would like to build on that relationship going forward, making our connection even stronger,” said President and Chairman of the board at the Calgary Stampede, David Sibbald. “The Stampede is a community gathering place and it is important that we preserve, protect and grow the home fires of our western heritage.”

In 1912, 1,800 First Nations people participated in the Calgary Stampede, leading the parade, competing in the rodeo and camping in the first informal Indian Village.