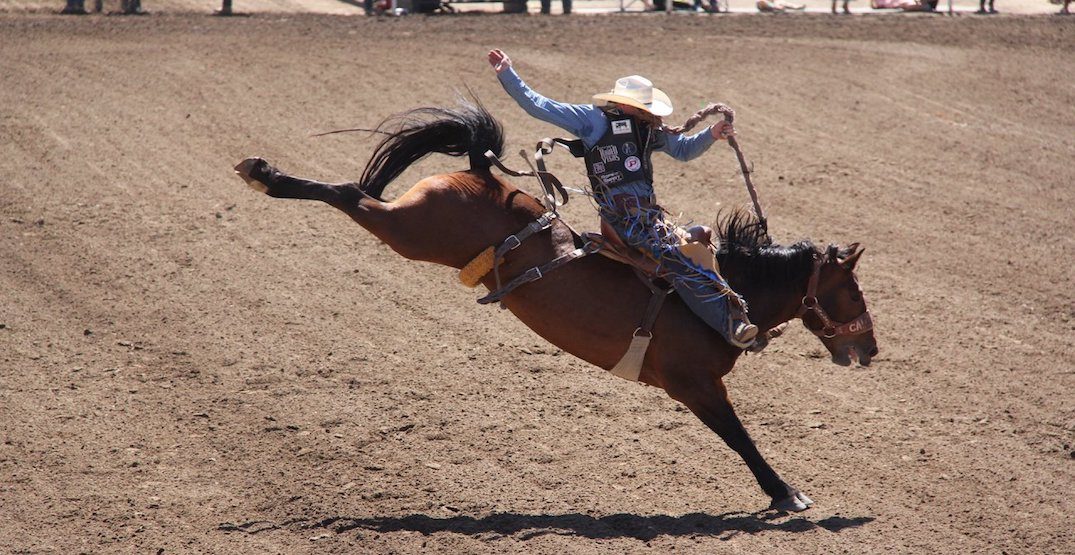 The party is just getting started on the first weekend day of the Calgary Stampede! Here’s how to make the most of your time on the grounds.

Ceilis on 17th, PAWS Dog Daycare, and Cultured Canines present a breakfast for humans provided by Ceilis and a breakfast buffet for dogs catered by Drool Pawtissiere. Celebrate the Stampede with people and puppies alike, while fundraising for the Alberta Animal Rescue Crew Society’s cause.

Vegans in Calgary, you’re in luck. While Stampede can be a particularly tricky time for vegans to find plant-based fun food, CalgaryVegan will host a pancake breakfast that everyone can be included in. Come and hang out with your fellow vegans and devour some fresh organic fruits, vegan-friendly pancakes, and vegan sausages.

Stampede just wouldn’t be Stampede if it weren’t for the rodeo events! Calgary has a long and proud history of cowboy culture, and you can’t get any more cowboy than taking part in a rodeo – or, at the least, watching from a safe distance. This heart-pounding, world-class show never ceases to entertain as cowboys and cowgirls compete for $2 million in prize money. A few events you can expect to see is Barrel Racing, Tie-Down Roping, Steer Wrestling, Bull Riding, and more.