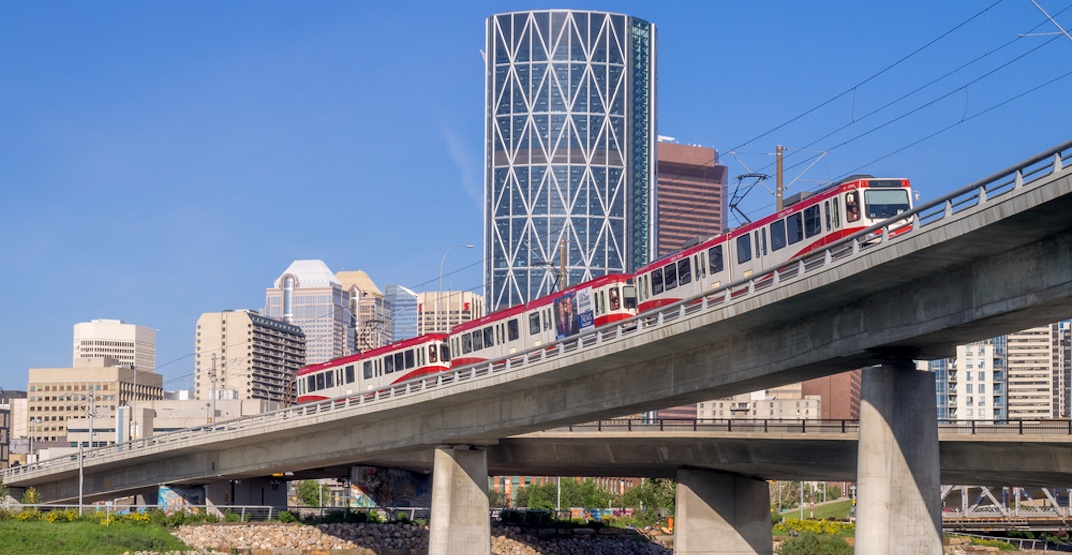 The 2019 Calgary Stampede is finally underway, meaning that downtown is filled with Calgarians and visitors alike celebrating the city.

While all the events, activities, and shows can make for a seriously fun time, the sheer number of bodies heading in and out of the city can also make for quite the logistical nightmare when it comes to getting around.

Parking lots will be packed, traffic will be gridlocked, and roads will, occasionally, be shut down — be it for parades or fender-benders or both.

It might not be perfect, but one of the best ways to avoid on-the-road chaos is by hopping on the CTrain to get to the Stampede Grounds or to get yourself home after having a few too many at Nashville North.

Here’s what you need to know about getting around via Calgary Transit during the 2019 Calgary Stampede:

Yes, it’s generally cheaper to take transit than it is to pay for parking, take a cab, or Uber, but we’re actually talking about how, during the Stampede, transit passes themselves are less expensive than usual.

Transit passes can be purchased from the ticket vending machines at CTrain stations from July 4 to 14, and will last you until 4 am the following day — just in case you’re heading home a little later than usual.

During the Stampede, CTrains will run 24 hours a day for the full 10 days.

It may take you a little longer to get home if you’re out late, though, seeing as CTrain service will switch over from its regular five to eight minute departure times to 15 to 30 minutes — meaning that if you don’t time things right, you could be waiting at the station for nearly half an hour.

The Stampede North Express bus service will also be a viable option for getting home, though it will only be operating every seven to 15 minutes until 1 am.

Road closures mean transit detours, and the Stampede Parade shutting down a large portion of downtown is definitely no exception.

Those looking to get from the parade to the Stampede Grounds (for that sweet sweet free admission from 11 am to 1:30 pm) will be able to do so by catching a shuttle bus from Macleod Trail and 7th Avenue SW or 1st Street and 7th Avenue SE, or by hopping on the Red Line CTrain and heading eastbound to Victoria Park/Stampede or Erlton/Stampede stations.

Of course, if you want to save yourself the hassle of catching a bus or train at the same time as half the city you could always take the Shoelace Express — the Stampede grounds are only a 10 to 15 minute walk away from City Hall Station!

It’s (unfortunately) going to be busy

There’s no getting around the fact that the city is a lot busier during the Stampede, which means that Calgary Transit vehicles are quite a bit more crowded than usual.

Be sure to give yourself some extra time when you can, plan your route in advance, and, as it will probably get squishy on those trains, wear deodorant!

(And hope those around you will do the same.)