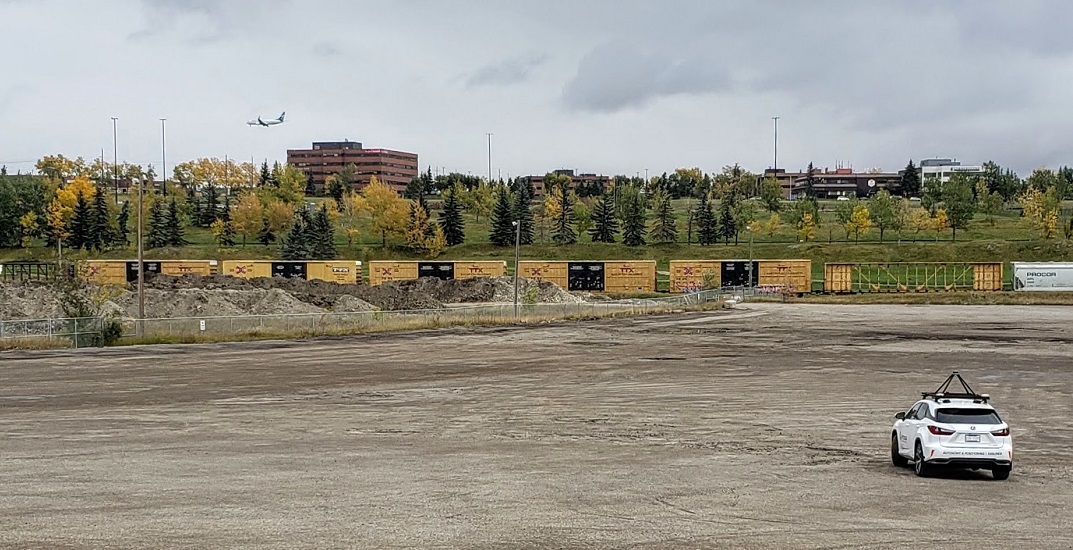 Calgarians may spot some cars driving around the city’s northeast snow dump, though they won’t see them doing any doughnuts.

The empty snow dump is being used by Hexagon’s Positioning Intelligence division to test their autonomous vehicles thanks to a deal made through the City of Calgary’s Living Labs program.

The Calgary-based company is a testing autonomous vehicles for accuracy and safety and providing positioning for such vehicles to creators of the technology, according to a release from the City of Calgary.

“Not only are we testing how the technologies work together, we’re going to test a variety of less expensive sensors to see where cost and efficiencies meet,” said Hexagon’s VP of Innovation, Sandy Kennedy, in the release.

“Previously, we used scientific and military level sensors that cost in the hundreds of thousands. Testing less expensive sensors will make it more feasible for mass consumer use in the future.

“Using the city’s infrastructure for our research cuts our costs and simplifies operations, allowing us to remain competitive and spend more resources on actual research.”

Autonomous vehicles in Calgary are nothing new, as a pilot program back in 2018 saw a fully autonomous bus ferry passengers from the Calgary Zoo to the Telus Spark building.

“We work to finds ways for the city’s assets to be accessed by companies such as Hexagon PI to advance their research and development, and help diversify Calgary’s economy,” said Andrew Sedor, development coordinator with the City of Calgary, in the release.

“In Calgary’s current economic climate, anything we can do creatively to be innovative and help out industry while being responsible to the taxpayer needs to be done. This is one way that we can do it.”

Other technologies currently being researched and developed through Calgary’s Living Labs program include LiDAR testing, the improvement of Indoor Positioning Systems, and how to better manage freshwater resources.

More information about Living Labs can be found at the City of Calgary’s website.