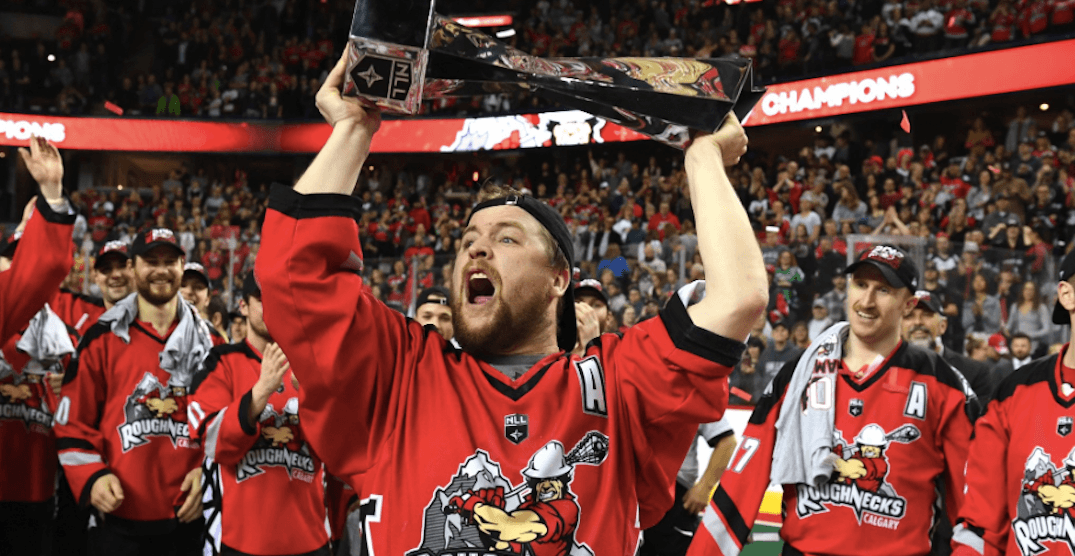 The Calgary Roughnecks have officially proven themselves to be the best team in the National Lacrosse League.

YYC’s own took the title following a stunning 14-13 overtime victory on Saturday night, besting the Buffalo Bandits in a three-game series after just two contests.

The Roughnecks’ Rhys Duch was the hero of the night when he buried an overtime goal just 1:12 into the do-or-die extra frame, and his teammate Dane Dobbie was named the Finals MVP after ending the postseason with 12 goals and 14 assists.

Christian Del Bianco, a 21-year-old hailing from Coquitlam, BC, stood strong between the pipes for the Roughnecks, finishing off the postseason with 181 saves, a 0.838 save percentage, and 241.12 minutes played — more than any other goalie in the league.

It was a packed house at the Scotiabank Saddledome to witness the big win, which marked the first time that the team took the championship in 10 years.