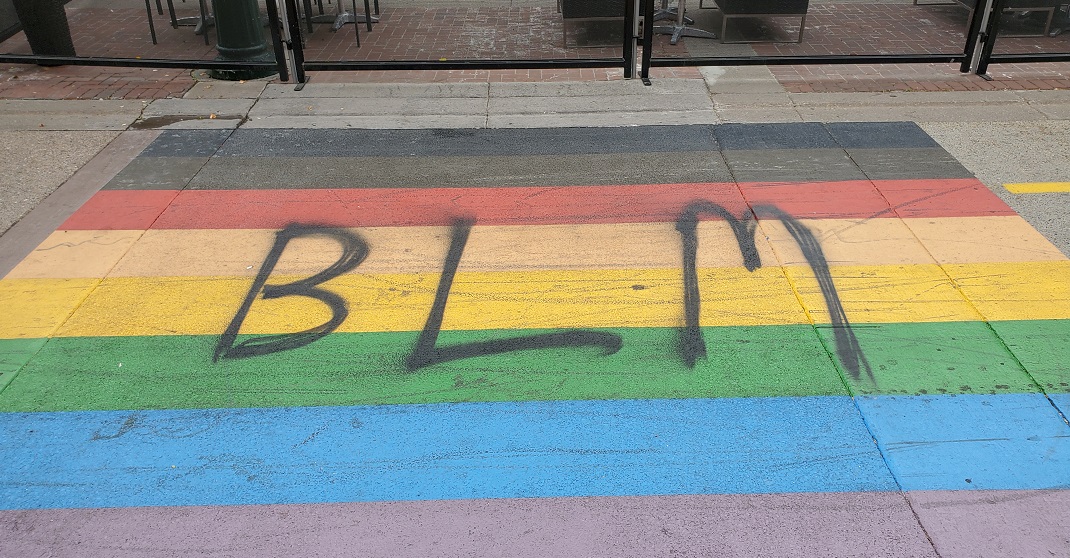 A Pride crosswalk was spray painted in Calgary again over the weekend, but this time the message won’t be removed.

While Calgary’s rainbow crosswalks have been the targets of hateful, anti-LGBTQ2S+ rhetoric in the past, the message left on the crosswalk at Stephen Avenue and Centre Street was in support of the Black Lives Matter movement.

Calgary Pride became aware of the “BLM” that was spray painted onto the crosswalk in black paint, and wrote a message on Twitter on Sunday night stating their intent to leave the writing as it was. 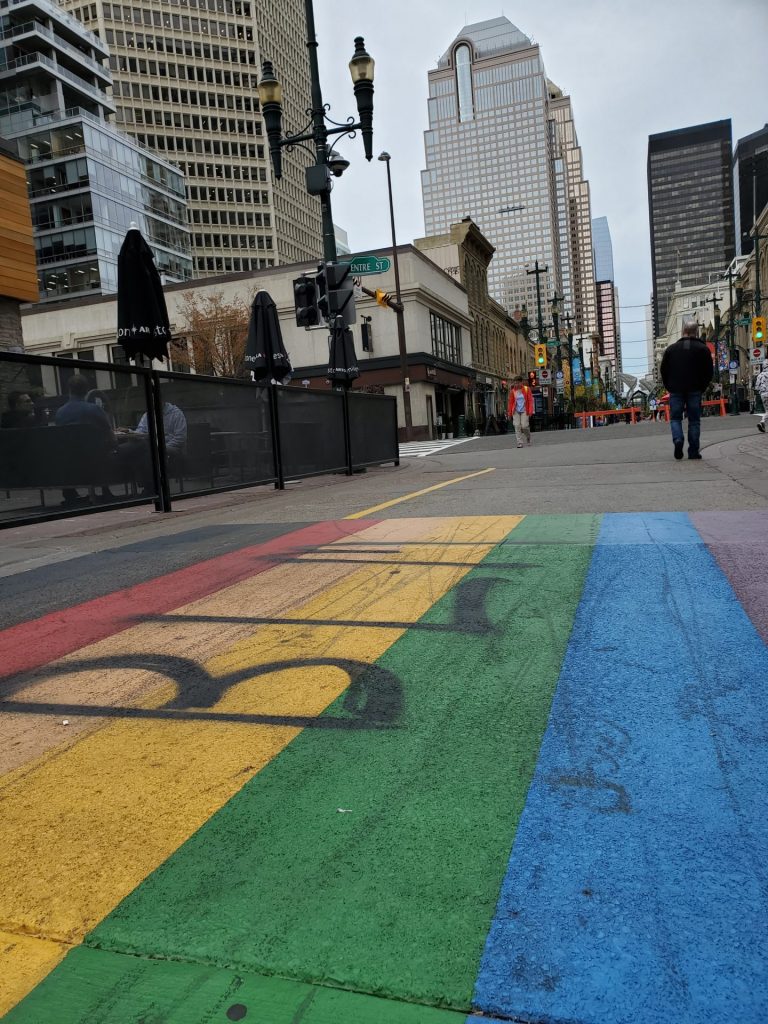 “Calgary Pride has been made aware of the BLM spray paint on the rainbow crosswalk downtown. We’ve requested that it not be touched or changed for the time being. The Pride movement was born inside the courage of Black Trans folks who fought back in the face of oppression,” the tweet states. 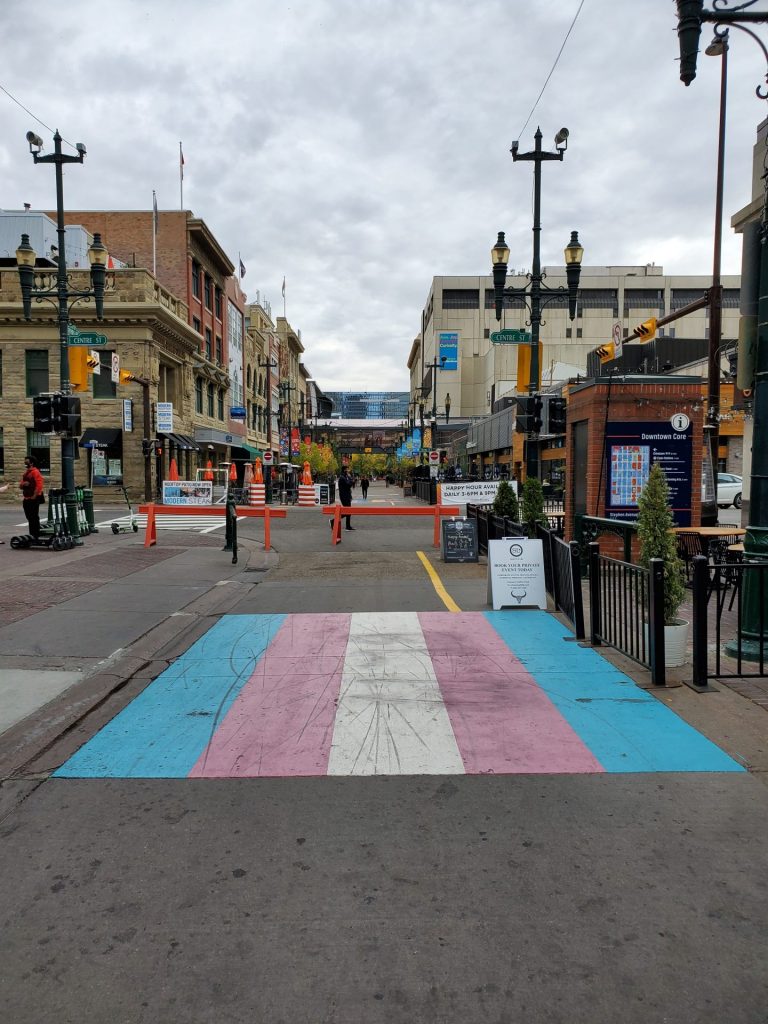 The Transgender Pride flag crosswalk located across the street was not spray painted, though a map board near the intersection also sported #BLM graffiti in the shadow of the Calgary Tower. 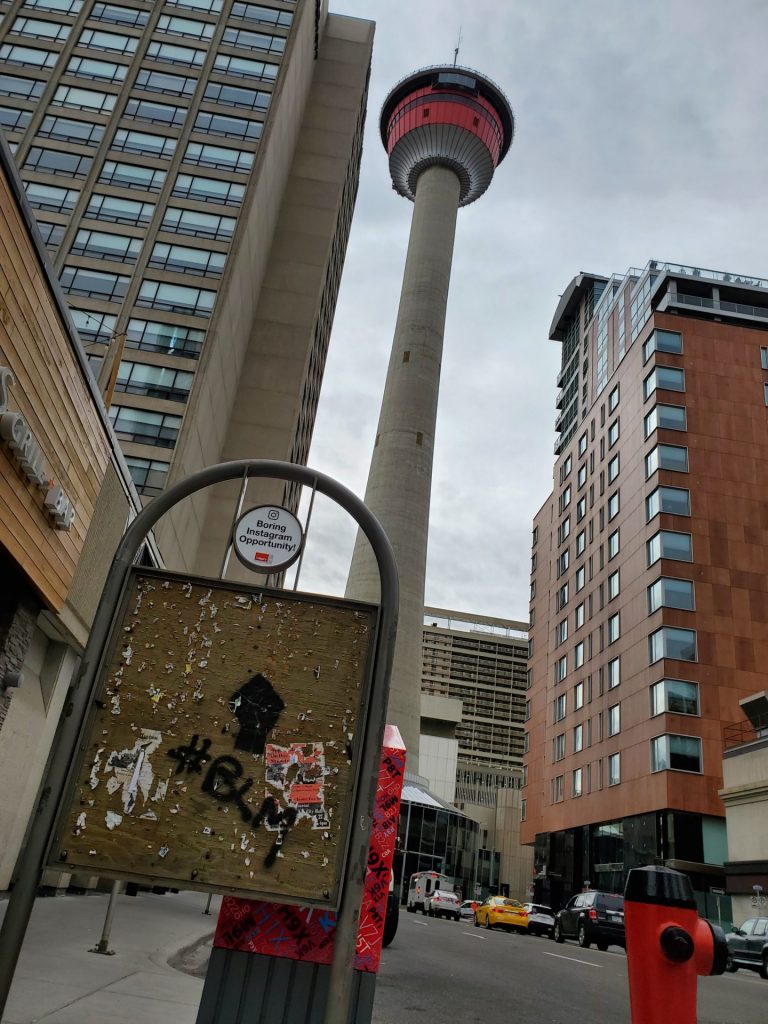 The Calgary Police Service stated in a phone call with Daily Hive that they are aware of the incident and are reviewing it to determine whether they will launch a formal investigation.