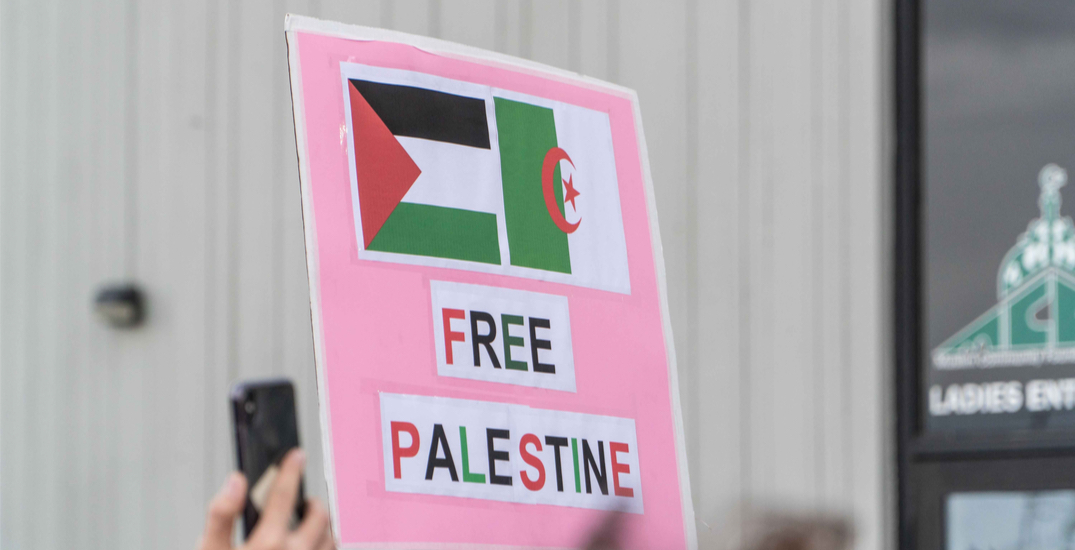 Police say that more than 100 tickets are to be issued after a car rally in downtown Calgary last weekend.

The rally was held to show support for Palestinians amidst the ongoing conflict with Israel.

The Calgary Police Service (CPS) became aware of several demonstrations planned for last week that limited physical contact through the use of vehicle convoys.

According to the Calgary Police, the event organizers initially said that there would be approximately 200 vehicles participating in a rally scheduled for Sunday, May 16. Organizers outlined a route through downtown Calgary.

“We stressed the importance of obeying all traffic laws to organizers and participants and called on them to conduct themselves with public safety as a priority,” the CPS said in a news release.

The police’s Major Events and Emergency Management Section attempted to work with organizers to establish a route and traffic safety plan.

During the event, the rally grew to an estimated 1,000 vehicles, and it detoured from the planned route. The rally allegedly caused major traffic congestion throughout downtown Calgary over a five-hour period, in addition to a number of safety concerns.

The CPS said that vehicles were driving down the wrong side of the road, running red lights, and blocking intersections for significant periods of time. Police also noted that drivers were on their cellphones while passengers, including young children, hung from car windows and sunroofs.

According to CPS, Calgary 911 received more than 50 complaints from citizens who were worried about safety and upset by the significant disruption. Stunting, firing of flares and fireworks from within vehicles or in crowds, and significant noise levels that went late into the evening led to concerns from residents in the area.

During the event, two people were arrested: one for mischief to property and the other for an altercation. The Calgary Police are continuing to investigate these incidents, in addition to other violations from the event, stating that attempting to provide tickets at the time of the event “may have resulted in escalating the situation with the large group.”

“Body Worn Cameras, In Car Digital Video cameras and traffic light cameras all captured evidence during the event of those exhibiting stunting or traffic violations,” reads the news release.

The CPS expects the investigation to lead to approximately 100 summonses being issued to the registered owners of the vehicles who participated in the offences.

“While we appreciate the decision of rally organizers to consider an approach that adheres to current public health orders,” said the Calgary Police, “all rally participants are required to abide by traffic laws and the safety of fellow pedestrians and motorists must remain a priority.”

The police emphasized that they do not intend to “paint all those who participated in the rally with the same brush” by issuing violation tickets.

“The violation tickets are being issued based solely on the behaviours of the participants who failed to adhere to traffic laws and risked their own safety or that of others,” CPS said.

The news release also noted that CPS appreciates that it can be difficult for organizers of events of this nature to fully anticipate the number of attendees, and to convey all of the agreed upon rules of engagement to every participant.

The Calgary Police vow to continue to work closely with organizers of future protests that allow for freedom of expression to ensure these events can be held without putting participants, other members of the public, or police officers at risk.

“We would like to stress the importance of protest organizers reaching out to work with us in the planning,” reads the news release. “It is not uncommon for attendance at these events to exceed the estimates, which can make them very difficult to manage on the ground.”