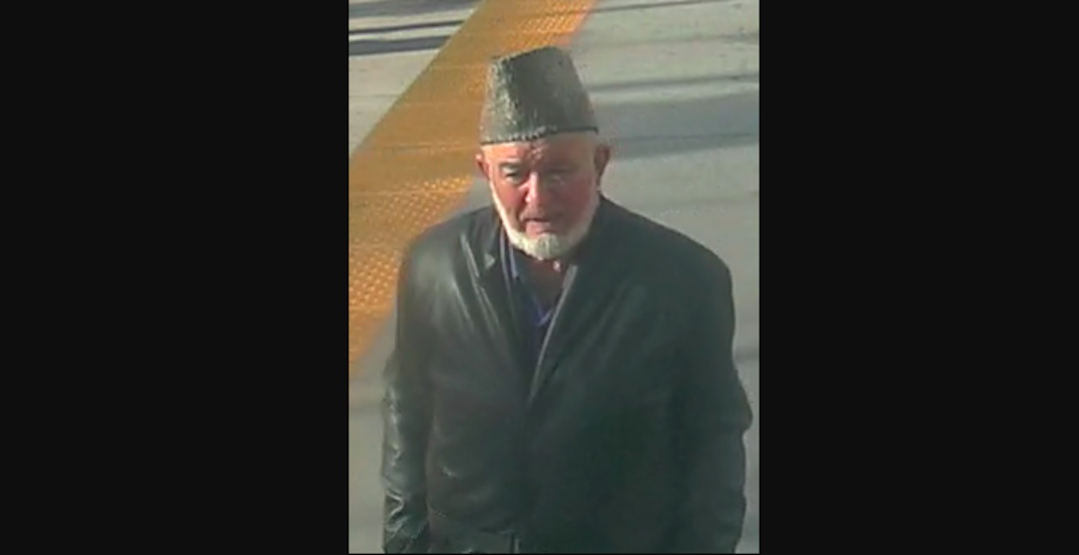 A man accused of sexual assault is being sought by Calgary police.

According to a release from the Calgary Police Service, a sexual assault allegedly took place at Calgary’s West Kerby LRT platform at just after 12:30 pm on November 1.

A woman claims that she was approached by an unknown man to ask her for directions, and shortly after she gave those directions she said that the man kissed her on her cheek and neck.

She pushed past him after he continued to touch her, the release states, and once she made it on to the train she saw the man approaching another female on the platform.

It is indicated by CCTV cameras that the man approached at least two women on the platform, though the second has not yet been identified by police.

The man is described as in his late 40s to 50s, around 5’7″, with a white beard, heavy build, and wearing a grey hat, black jacket, blue shirt, white trousers, and brown shoes.

He is also said to have spoken broken English with an accent.

Anyone with information on the identity of the suspect or of the other woman that was approached is asked to contact the Calgary Police Service at 403-266-1234, or anonymously through Crime Stoppers by calling 1-800-222-8477, or online through their website.