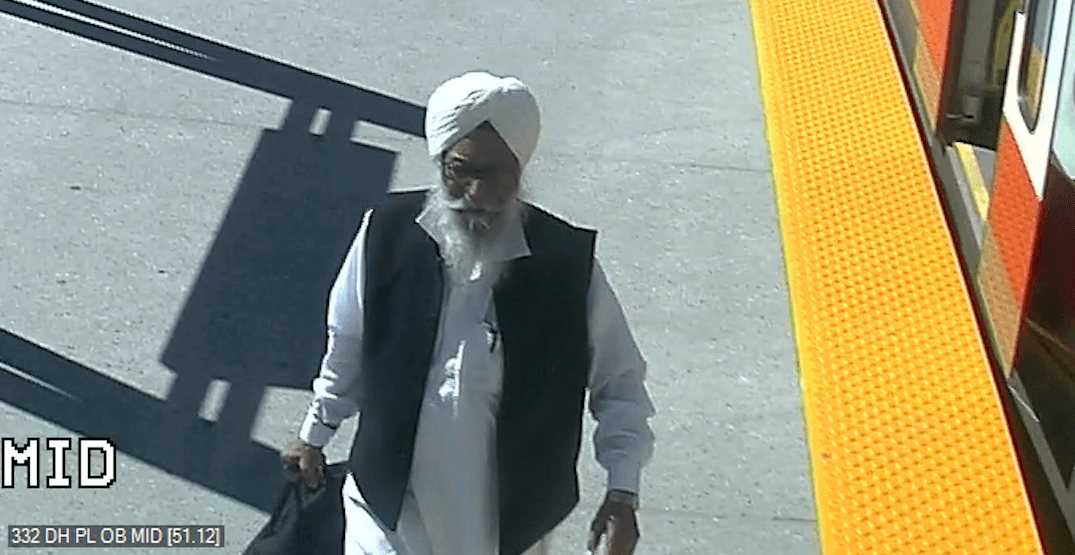 The Calgary Police Service is on the lookout for the suspect in an alleged sexual assault that occurred on a CTrain earlier this month.

According to a release from CPS, the incident is believed to have occurred around 3:40 pm on Saturday, July 7, when a man grabbed a woman inappropriately after a brief conversation.

Following the alleged assault, the woman moved to the far end of the train, and police believe that the man exited the train at Dalhousie Station.

The release states that the suspect in question is described as “a South Asian man, approximately 45 to 65 years old, between 5’10” and 6’0″ tall, 165 to 185 lbs, with a long grey and white beard. He was wearing a white turban, sunglasses or glasses, white shirt, and pants, a black vest, dark dress shoes, a gold watch with a brown strap, and was carrying a black shoulder bag.”

Photos of the suspect have been provided by CPS, and officers are asking anyone with information on the identity of the man to contact them at their non-emergency number of 403-266-1234, or anonymously through Crime Stoppers by calling 1-800-222-8477, or online through their website.

Additional photos of the man can be found below. 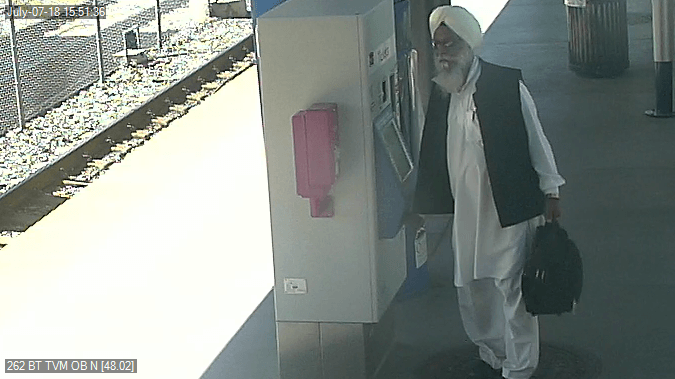 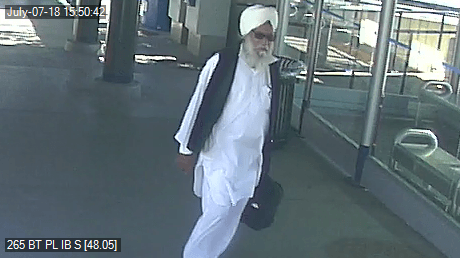