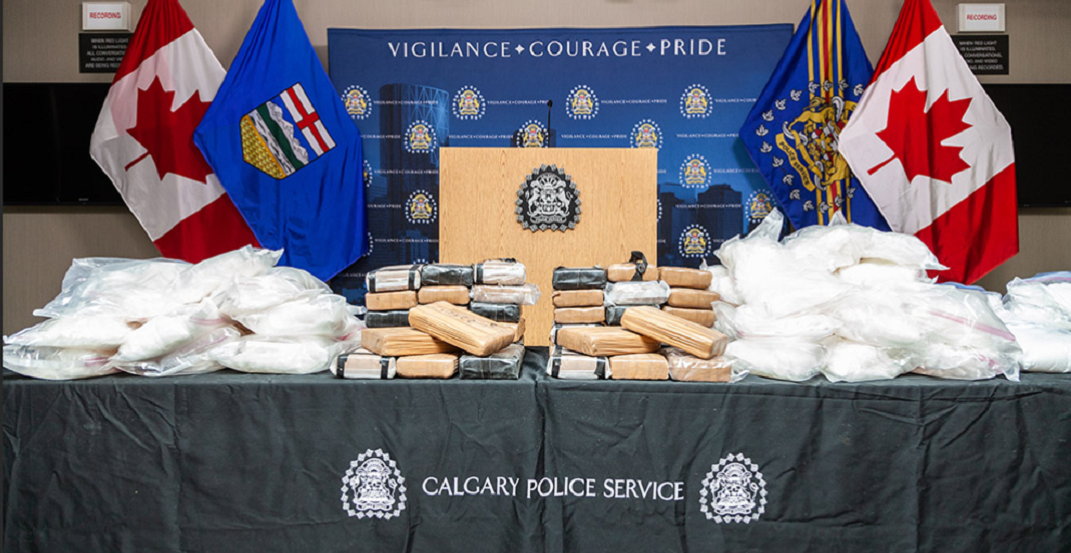 The Calgary Police Service took nearly $10 million worth of drugs off the streets at the tail end of January.

A release from the service states that CPS officers, with the help of Drumheller RCMP arrested a suspect on Thursday, January 30 in Drumheller after receiving information last November that a Calgary resident may have been transporting drugs across Canada.

After the arrest, a search of the vehicle found 46.9 kg of cocaine and 47.5 kg f crystal methamphetamine — which carry a street value of $4.69 million and $4.75 million, respectively, according to the release.

“Drug traffickers be warned – police agencies from across this country are working together to identify, locate, and arrest those who traffic in illicit substances causing significant harm to our communities,” said Staff Sgt. Kyle Grant, Strategic Enforcement Unit of the Calgary Police Service, in the release.

“Drugs fuel violent crime and investigations such as this address both the drugs and the associated violence.”

The suspect, 33-year-old Jacob Neumann, has since been charged with two counts of possession for the purpose of trafficking and is expected in court this Friday.

“We are committed to working with our policing partners to address enforcement, and with our community partners to support prevention and intervention initiatives for vulnerable Calgarians,” said Grant.