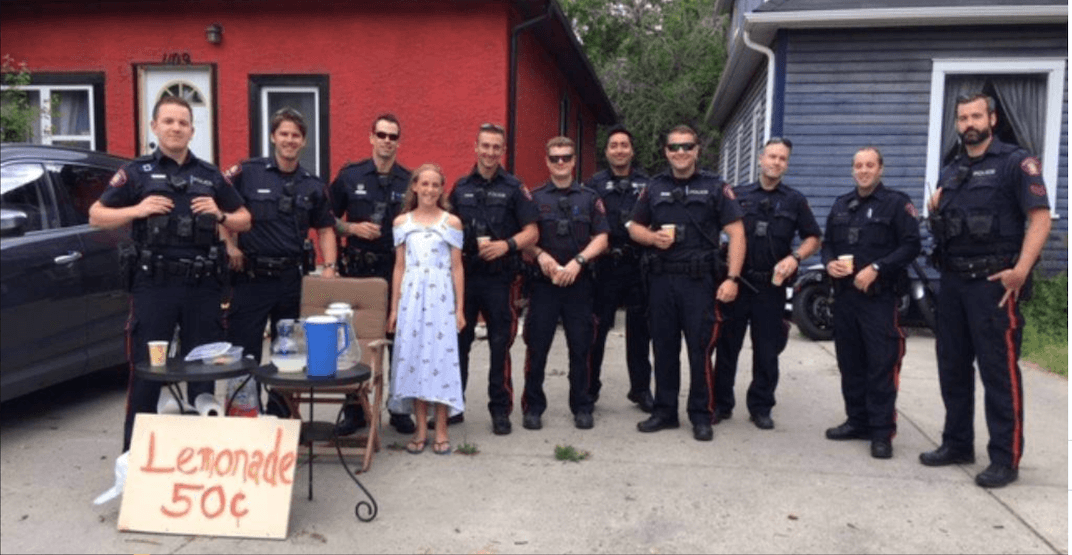 The Calgary Police Service helped a young girl turn a very sour situation around after her lemonade stand was robbed by unknown offenders.

On July 12, 12-year-old Jasmine was running her lemonade stand right outside the front of her residence when unknown offenders approached her and stole approximately $40 to $50 dollars from her stand.

Despite conducting several inquiries, law enforcement was unable to locate the offenders, according to a post on the CPS’s Facebook page.

But on July 14, police officers from Calgary Police Service’s District 1 Team Echo and General investigative Unit returned to help Jasmine in running her stand so she wouldn’t have any more trouble.

Jasmine’s mother was extremely thankful to the police members returning to help support her daughter run the stand after the unfortunate theft, according to the post.