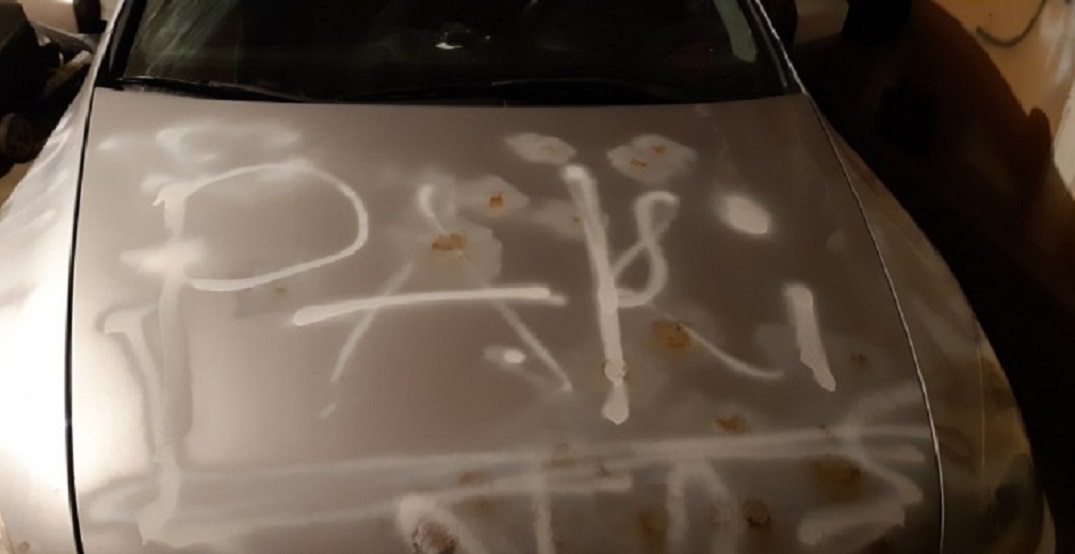 The Calgary Police Service has launched an investigation after a vehicle was found damaged and spray painted in Douglas Glen.

The incident took place sometime between 7:30 pm on Wednesday, January 22, and 7 am Thursday, January 23, police state in a release, with the windshield being broken and the words “FOB” and “PAKI” spray-painted onto the vehicle.

Police are investigating the incident as a hate-motivated crime as it is believed that the “vehicle was targeted based on the ethnicity of the owner.”

According to the release, hate-motivated crimes are described as “recognizable crimes, like assault, vandalism, or any other crime, where the offender was motivated by bias, prejudice, or hate that is based on one of the nine personal characteristics of the victim.”

These characteristics include race, ethnicity, religion, sexual orientation, language, mental or physical disability, sex, age, or any other similar factor, according to the Calgary Police Service’s website.

Criminals who are found guilty can see judges add to their sentence if it is determined that the crime was motivated by hate.

Anyone with CCTV footage of the area around Douglas Glen Crescent SE is asked to review their video for anything suspicious that may relate to the incident.

Anyone with relevant information is asked to contact the Calgary Police Service’s non-emergency number at 403-266-1234.