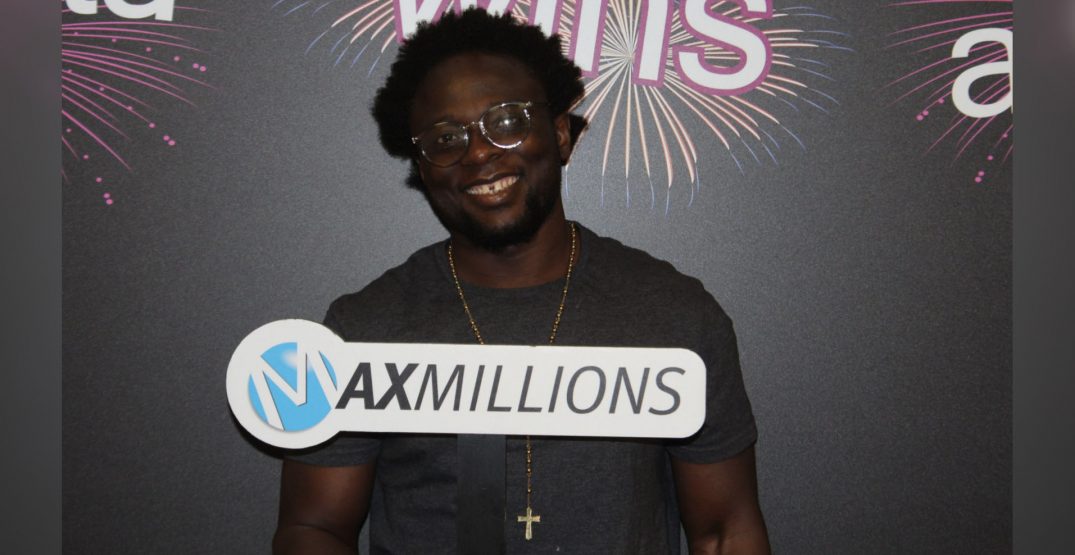 A Calgary man found out that he was $1 million richer after stopping at his local gas station to get a car wash.

While at the gas station, Kofi Adarkwa checked his lottery ticket and discovered he had won $1 million in the June 11 LOTTO MAX draw. Even luckier is the fact that his winning ticket was a LOTTO MAX Free Play that he had won in a previous draw.

The lucky Calgarian plans to be responsible with his winnings, and Adarkwa said that he would invest the majority of his windfall, along with setting up an educations savings account for his daughter.

He added that he also plans to put some of the money toward starting his own plumbing business.

Adarkwa won his million by exactly matching one of the 56 MAXMILLIONS prizes drawn on June 11. He redeemed the Free Play ticket at a 7-Eleven located at 4000 2045 Symons Valley Parkway NW in Calgary.