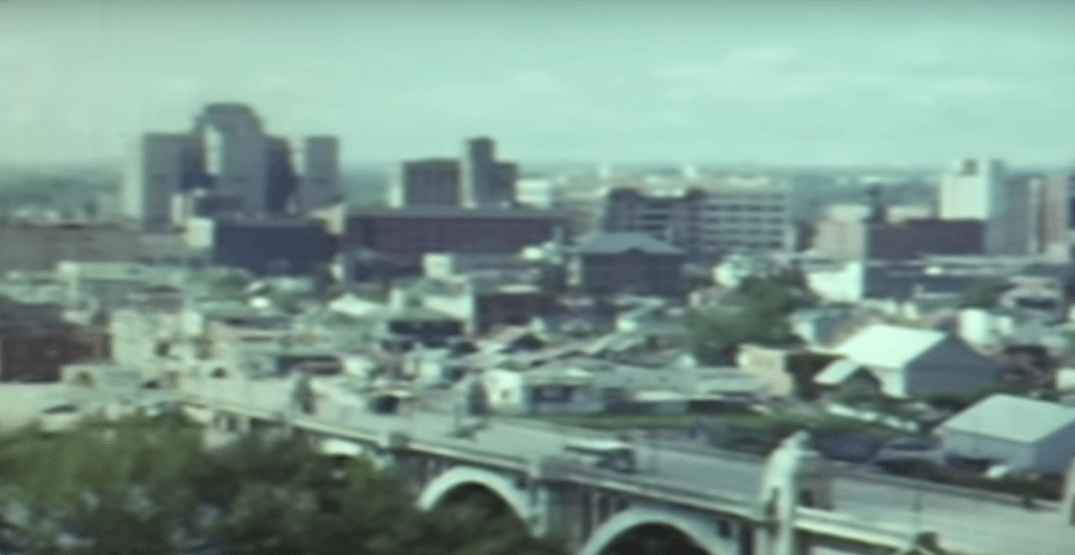 It’s time to travel back by about 60 years.

No, we don’t have a Time Turner, Delorean, or Tardis handy, but what we do have is access to the internet, and that is a magical thing indeed.

More specifically, we have access to YouTube, where one Calgarian was kind enough to upload some ancient 8mm film footage found in their grandmother’s basement (thanks, grandma) showing good ol’ Calgary in its junior years, AKA the 1950s.

“Here is some old 8mm film footage I found in my Grandma’s basement,” the video’s description reads.

“I had it transferred to digital for my mom as a gift for her. It contains shots of Calgary, BC, Military Planes, Paliser Hotel, Calgary Tower, Calgary Brewery Gardens and more. And also my mom, aunt, grandpa and grandma.”

Much of the Calgary skyline shown in the video looks familiar (if you squint your eyes just right) though many of the tell-tale towers are missing from the 1950s Albertan landscape.

Have a watch and see just how many buildings, landmarks, and Calgary spots you can recognize!