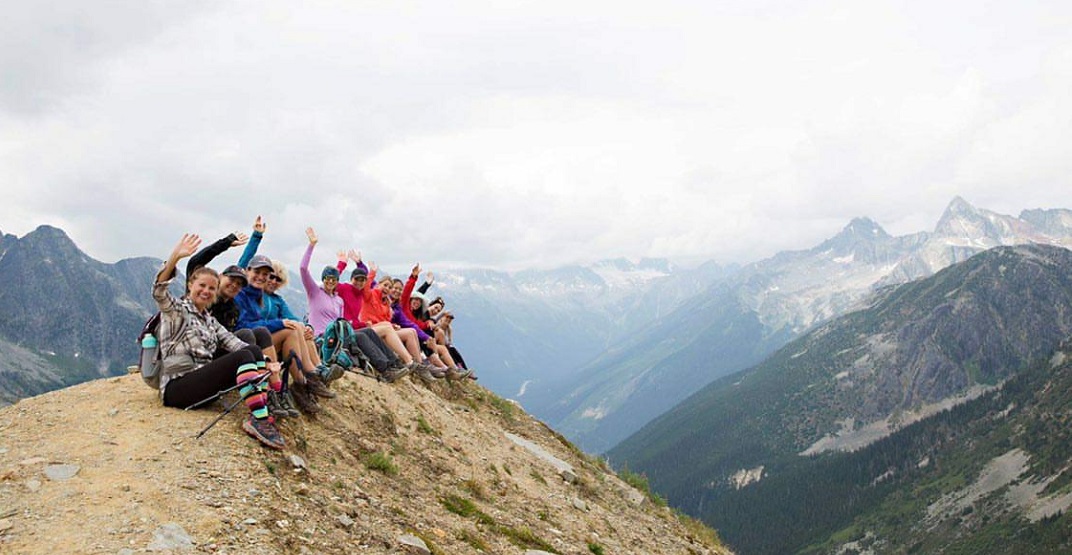 Cong Chen had just gotten back to Calgary after living abroad when she started trying to make a new group of close girlfriends – something she soon discovered was a difficult endeavor in the city of Calgary.

She tried all the conventional methods: Attending events through meetup.com, joining girl groups on social media, and even approaching people while out on the town.

None of these options worked out.

“I’d try talking to people at a bar or something and then girls would just be like, ‘Who’s this? Can I help you?'” Chen said in a phone interview with Daily Hive. She also noted that the social media groups were great places to chat online but that no one ever seemed to want to meet anyone else in person.

So she decided to just make her own group.

GirlsConnect Calgary was born back in 2017 and started off small, but successful.

Chen managed to get a group of girls together to come over to her place for wine, go for hikes, and even attend fitness classes with each other.

She noted that Calgary can feel like a tough place to make new friends, because, in her words, “it’s so easy in Calgary to go to work, work out, and then go home, and then go to work again,” she said.

“Maybe you go for a drink on Friday or Saturday with your friends and that’s your social life, but there’s just so much more to do [in Calgary].”

Even after she went travelling to Australia, the group had become active enough to continue organizing meet-ups on their own.

“It just makes me so happy, because I wasn’t even there and they were still able to hang out,” Chen said.

The group saw a serious increase in followers after Virgin Radio’s Josie Balka wrote a blog post about it and doubled the amount of members, which now sits at an impressive 733.

The popularity of the group meant that Chen had to get a little more creative with event organizing, as the number of attendees for any given game night or hiking trip had increased dramatically.

Chen is currently organizing a clothing swap for April 18, which has since grown from being hosted at a friend’s house to being staged at the art foundation nvrlnd. The event will feature live music, bubble tea from The Moon Tea (bringing your own reusable cup is encouraged, as the event is plastic-free), and giveaways.

Women who are hoping to attend can bring clothing and swap it with other girls, and any unwanted clothing will be donated.

The event will run from 5 to 9 pm and all women are welcome.

While Chen continues to put together these now-large-scale events, she also noted that the Facebook group has created a number of other friend circles as well – something that she had been striving to do from the beginning.

“I was hoping it would help girls make their good friends. It’s not supposed to be an always huge ‘let’s have a big get-together where we don’t really get to talk to everybody’ [event].”

She said that women have formed together based on mutual interests, and that everything from book clubs to bouldering groups have been created.

Chen also noted that she has seen the good that the group has done for many of the women in it, and encourages others to put themselves out there and join.

“It’s honestly so hard to even show up by yourself to my place, for example, and meet a group of 15 girls that you’ve never met before,” she said.

“But these girls are posting that if they didn’t have the courage to go to that wine night, they wouldn’t have made some of their closest friends in Calgary.”

Chen also runs the popular travel Instagram account @travelmadly and said in the interview that there are plans in the works to travel with some friends from the GirlsConnect Calgary group.

“I know a lot of people find it overwhelming, but I really enjoy meeting new people and doing new things, so if people want to go with me to Central America, then sure! I encourage it,” she said.

“I made a group of us that want to go travelling sometime soon because of all the cheap flights, I think we’re going to go to Central America.”