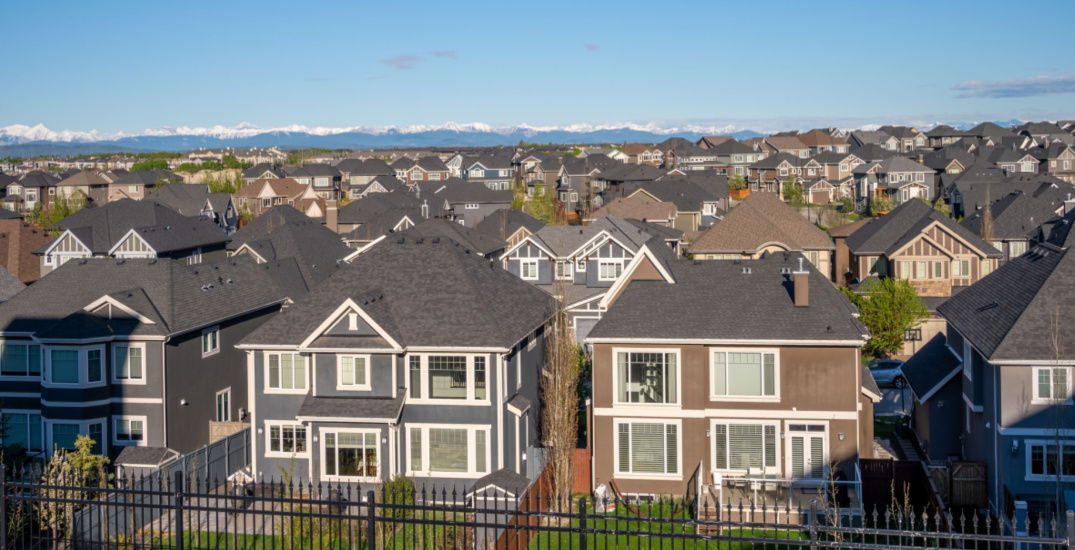 If you’re looking for value, Calgary is one of the worst places to buy real estate in Canada.

MoneySense’s Where to buy Real Estate in Canada 2022 report has placed Calgary 37th out of 45 cities in terms of value and buying conditions.

Created in partnership with Zoocasa, the rankings are based on average home prices and recent real estate price growth. Each city received a value score out of five.

Calgary came in just behind Edmonton in the ranking, with our northern neighbour in 36th place out of the 45 cities. Edmonton had a 2021 benchmark property price of $336,600 and saw a three-year growth rate of 5%. Alberta’s capital city received a value score of 1.8 – the same as Calgary.

Moncton, New Brunswick, was deemed the most valuable place to buy real estate in Canada, followed by four Ontario towns rounding out the top five.

After Calgary and Edmonton, Vancouver and Toronto fell at the bottom of the ranking, along with cities in the surrounding regions, such as Fraser Valley, BC, and Mississauga and Burlington in Ontario. 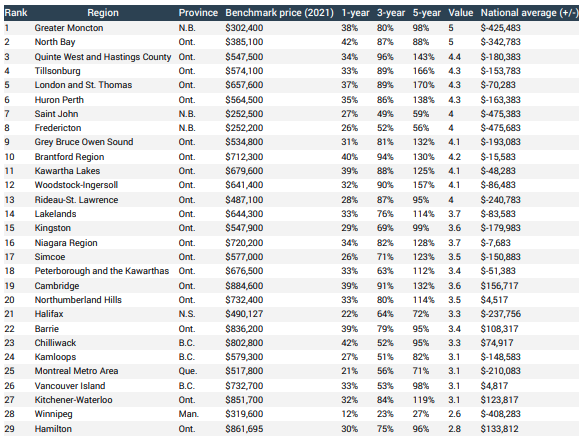 The report found that for two consecutive years, Canada’s largest real estate markets have also been the most financially challenging for buyers.

The pandemic caused many Canadians to reconsider where and how they want to live; city-dwellers across the country fled to suburbia and small towns, purchasing property at a staggering rate and driving up real estate prices.

The trend is continuing to shape Canada’s real estate market in 2022, MoneySense noted.

Based on a two-year post-pandemic analysis of home prices in Canada, the highest growth rates are no longer found in big cities. Rather, it’s the surrounding regions, like Hamilton and Kitchener-Waterloo in Ontario or Chilliwack, BC, where the best value and growth potential can be found.

“The past two years have driven new trends in home-buying psychology, and as the pandemic recedes, we’re moving into a transition period and seeing a more balanced market,” said Lauren Haw, CEO and broker of record at Zoocasa.

“Some buyers are returning to city centres as they’re called back to the office, while others are still looking coast-to-coast for the most affordable markets to buy in.”