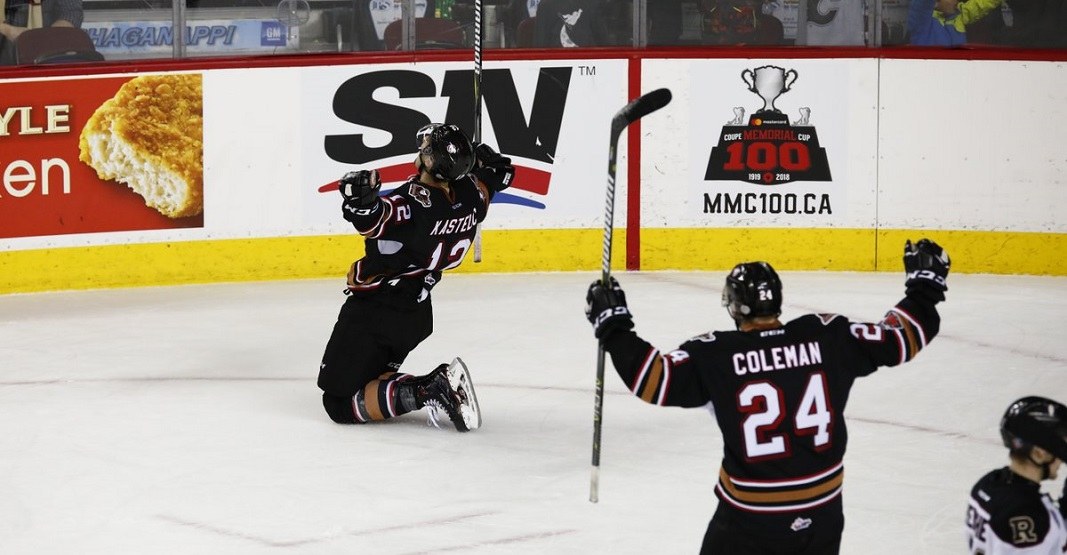 There are plenty of reasons to be excited as a Calgary Hitmen fan right now.

The team made some great trades at the WHL deadline, stockpiling plenty of young players and draft picks that will make this team a force to be reckoned with over the next several seasons.

Despite a down season by Calgary’s standards, there have been plenty of incredible efforts that have resulted in some highlight-reel goals, and here we count down the top five.

There are still some games to play in the 2017-18 season, but here are the top five best goals scored by the Hitmen thus far.

Kicking off the top five is a goal scored by Tristen Nielsen against the Tri-City Americans.

The 17-year-old made a great move to finish it off, but how about that perfect one-handed pass from Carson Focht against his former team!

Vancouver Canucks prospect Jakub Stukel leads all Hitmen in points (41) and goals (26) this season, and he showed why on this play.

He used his wheels to outrace three Medicine Hat Tigers before showcasing his sweet mitts and tucking the rolling puck backhand past the goaltender. What a move!

Everybody loves 3-on-3 overtime, especially when it results in beautiful game winners like this one from Mark Kastelic.

Starting in his own end, the 18-year-old skates end-to-end past all three opponents before cutting across the net and stuffing it in for the win. What a way to end a game!

In at No. 2 on the list is another goal from Kastelic, but it’s Andrei Grishakov that makes this play happen with a gorgeous spin-o-rama around Colton Veloso of the Kootenay Ice.

A great pass, and a great finish from Kastelic putting the puck top corner for the goal.

When assembling this list it was difficult to choose the order of the previous four goals, but there was no doubt this one would be coming in at the top spot.

Layne Toder starts the play with a perfect pass to spring Carson Focht on a partial breakaway, and the 18-year-old from Regina took it from there.

Despite being hounded by two Tigers defenders, Focht somehow fights off the check and regains control of his stick just in time to snipe one over the goalie’s shoulder from a near impossible angle.

And for good measure, the water bottle goes flying off the net too.

What a goal – the best from this Hitmen season.