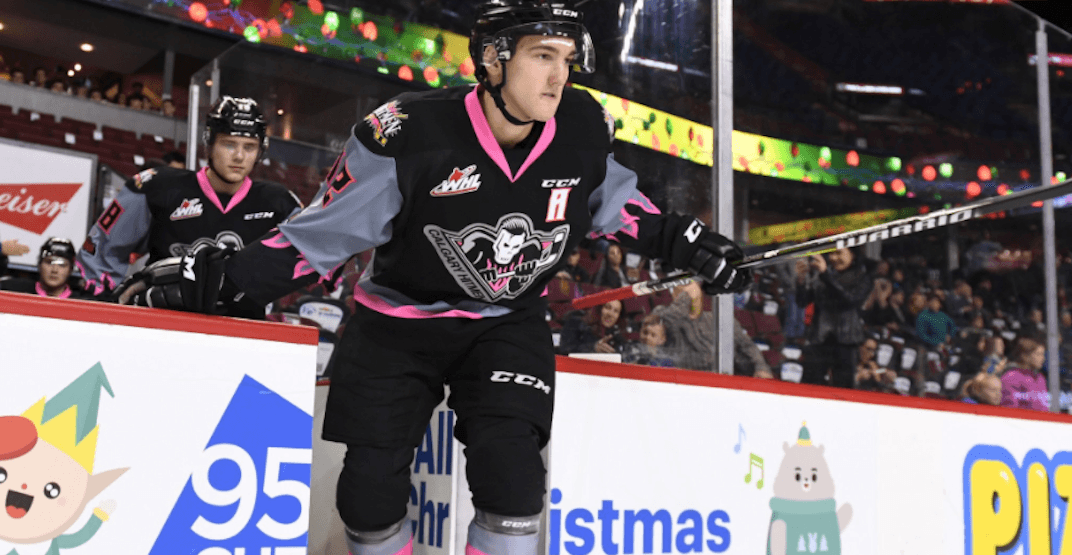 The Calgary Hitmen, the city’s Western Hockey League (WHL) team, is taking a stand against bullying.

The puck will drop at the Saddledome on Tuesday, February 27, at 11 am, but the early game time (on a weekday, no less) won’t have any negative impact on the crowd size, as it’s a sold-out game.

Of the roughly 19,000 hockey fans in attendance Tuesday morning, 14,000 will be students from all around the Calgary area.

They’ll be sitting in bleachers instead of classrooms thanks to the Telus Be Brave Anti-Bullying Game, an annual initiative put on by Telus and the Calgary Hitmen that encourages kids to stand up to bullying.

Along with the hockey game, the attendees will also hear speeches from Mackenzie Murphy, a mental health and anti-bullying advocate, and Tad Milmine, a constable with the Calgary Police Service and founder of ‘Bullying Ends Here.’

There is also expected to be in-game activities and educational concourse displays for the student.

Fan who are not arriving in a yellow school bus to Tuesday’s game are encouraged to arrive early or to use public transit, as there will be a large number of buses dropping kids off for the big game.