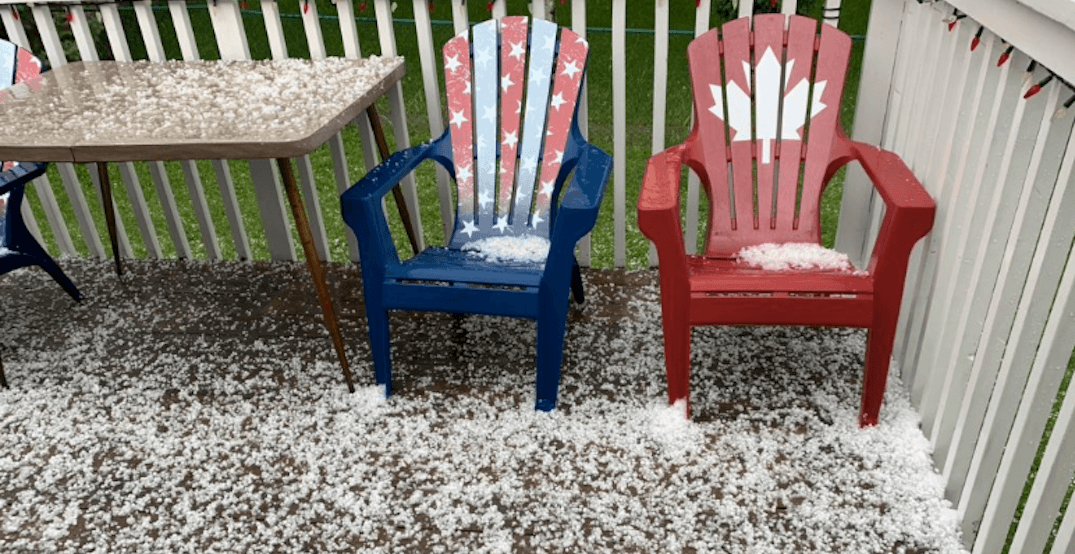 Just because it’s July doesn’t mean that Mother Nature is going any easier on Calgary.

YYC was just hit by some serious hail on Thursday as the skies opened up and sizeable chunks of ice came crashing to the ground.

Hail, and the thunderstorms that come along with it, are no strangers to Calgarians, but it is still a little startling every time frozen, nickel-sized pellets start falling from the sky.

There was even enough of the stuff to coat some Calgary lawns, making it look closer to December than the bright and sunny July that we’ve all been hoping for.

The hail was seen on Thursday, July 18, in Calgary and just this afternoon in Edmonton — and you’d better believe that Albertans managed to capture the noisy storm on camera.

It’s apparently going to be a little nicer out over the coming week, but given how fickle weather forecasts around here can be, we aren’t holding our breath.

Here’s a look at the hailstorms that slammed Calgary yesterday and Edmonton today: