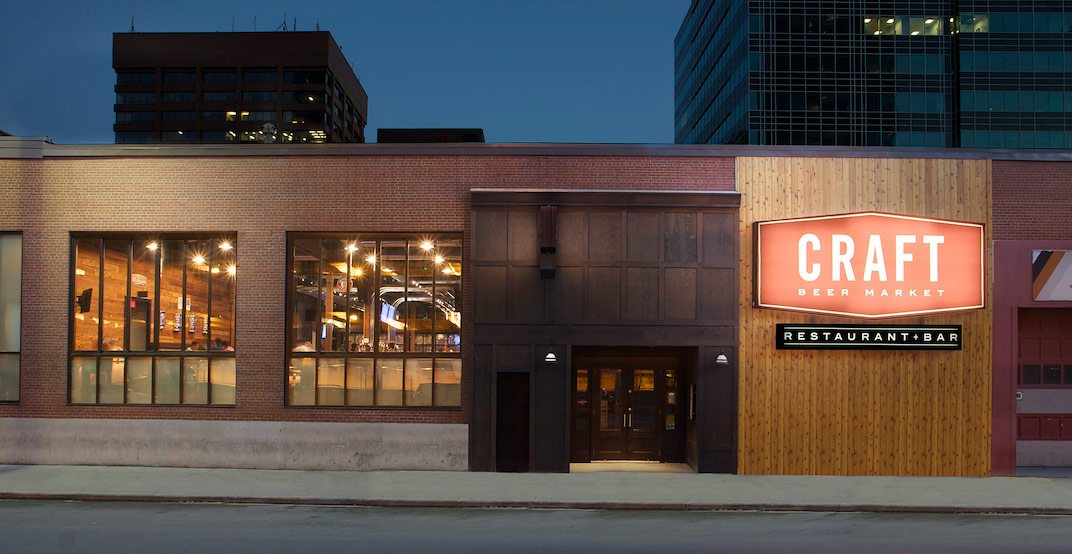 One of Calgary’s favourite beer haunts is closing down for a major renovation.

On Sunday, July 28, CRAFT Beer Market in Calgary’s Betline neighbourhood will be closing its doors temporarily for a completely new design renovation and update, according to a release from the business.

CRAFT opened its flagship Calgary location in 2011, and since then, CRAFT has also had success in other Canadian markets including Vancouver, Kelowna, Edmonton, Ottawa, and Toronto, as well as a second Calgary location at Southcentre.

The renovation is expected to take two months, with a reopening planned for the end of September.

The renovation will focus on enhancing the social and experiential aspects of CRAFT.

Another major component of the update will be the addition of a 300-person capacity rooftop patio, anticipated to open in Spring 2020, featuring CRAFT’s full draft beer selection of more than 100 taps.

The bar and restaurant’s culinary team will also take time to reinvent some dishes while perfecting the classics.

The renovation is also anticipated to add over 100 jobs to the restaurant, with more than 30% being full-time positions.

“We have a dedicated customer base that love our offering, and we don’t plan on changing that, but we are adding a number of unique features and experiences that will make CRAFT not only a great spot for brunch, lunch, and dinner, but also a great nightlife and social destination,” said PJ L’Heureux, founder of CRAFT, in a press release.

“We’re keeping several of the elements a surprise for the re-opening, but I can say that we’re really excited to give Calgarians a new atmosphere paired with the CRAFT elements our guests have supported and loved for years.”

While CRAFT, despite its success, has felt the pinch of the city’s economic downturn like several other competitor bars and restaurants, L’Heureux is still optimistic about the future of CRAFT.

“From day one, CRAFT has been a Calgary-based concept. We wholeheartedly believe in this city and want to be part of energizing its future,” he said.