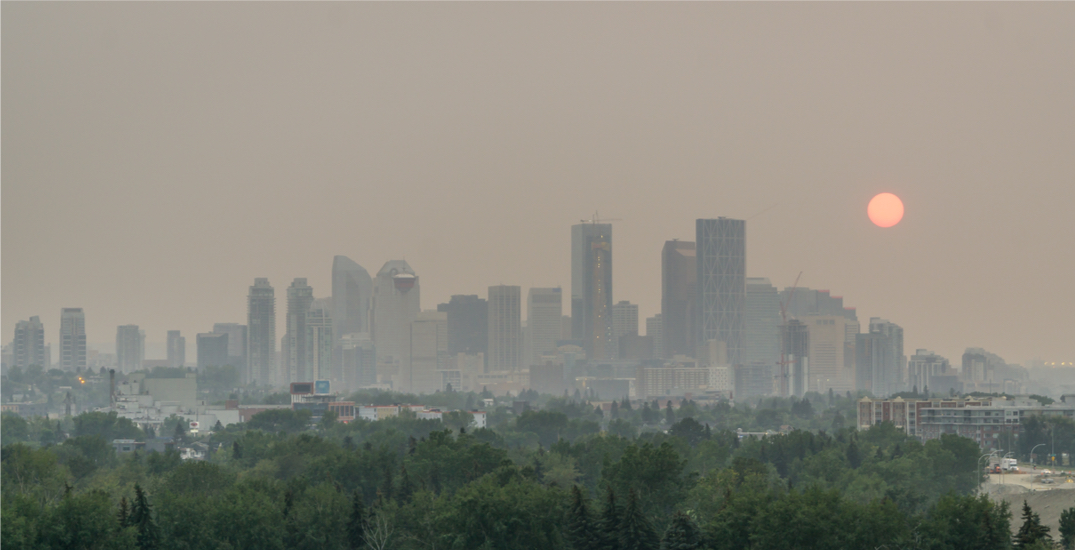 As smoke from wildfires in Oregon, British Columbia, and Saskatchewan continue to affect much of Alberta, a special air quality statement is in place for Calgary and other areas of the province.

In Calgary, the Air Quality Health Index (AQHI) is currently sitting at a Level 7 on a scale of one to 10+; however, the forecast calls for the city to reach a Level 9 on Monday.

Anything higher than a Level 6 is considered “high risk,” according to the AQHI.

The government agency says that very high AQHI values are being reported through much of Alberta and that levels are expected to remain high through mid-week in central and northern regions. In Southern Alberta, AQHI values are forecast to moderate with southeasterly winds today.

Due to the poor air quality, individuals may experience symptoms like increased coughing, throat irritation, headaches, or shortness of breath. Children, seniors, and those with heart or lung disease, such as asthma, are particularly at risk.

“Wildfire smoke is a constantly-changing mixture of particles and gasses which includes many chemicals that can harm your health,” says Environment Canada.

Environment Canada advises that if you or anyone in your care are exposed to wildfire smoke, you should consider taking extra precautions to reduce exposure.

In addition to Calgary, air quality statements are currently in effect for 29 other regions of Alberta, including Edmonton, which is also forecast to see a Level 9 on the AQHI on Monday. Cold Lake is expected to see the highest value at Level 10. 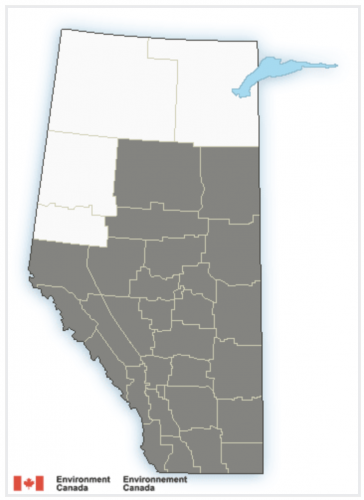 Environment Canada suggests visiting airhealth.ca for information on how to lower health risks and for current and forecast Air Quality Health Index values.