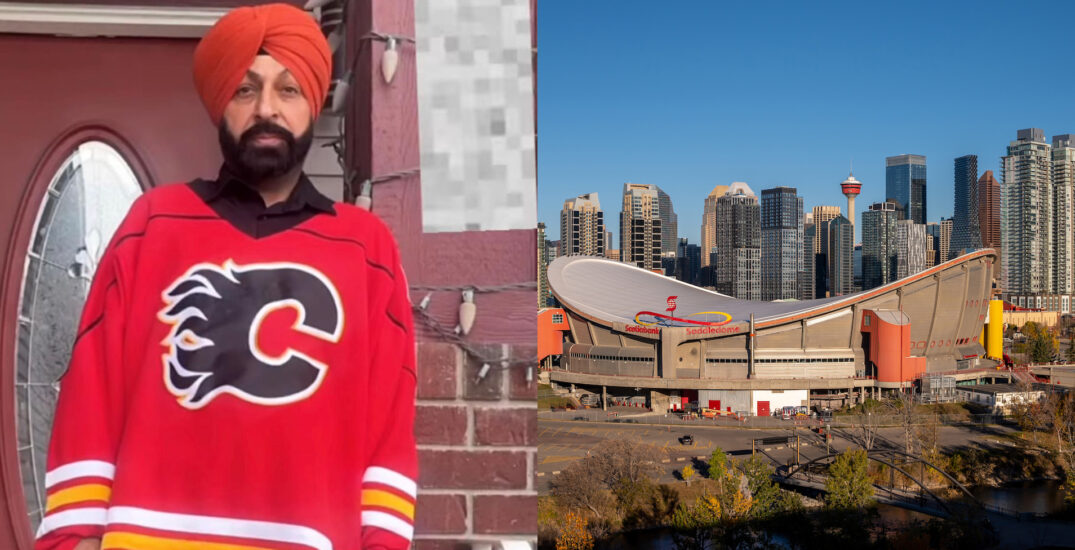 An investigation has been launched after someone reported an assault at the Saddledome during a playoff game between the Calgary Flames and the Dallas Stars.

A post by Apna Hockey on Instagram states they were notified of what someone claimed was a “racially charged attack on a fellow community member in Calgary during Game 7 of the playoffs against the Dallas Stars.”

“Uncle Ji who is a very huge Calgary Flames fan was attending his first Calgary Flames game when two Caucasian people attacked and pushed Uncle causing him to fall down rows of seating at the Saddledome, injuring his knee,” reads the caption on the photo.

The information was reportedly shared with APNA Hockey by a family member of the apparent victim. 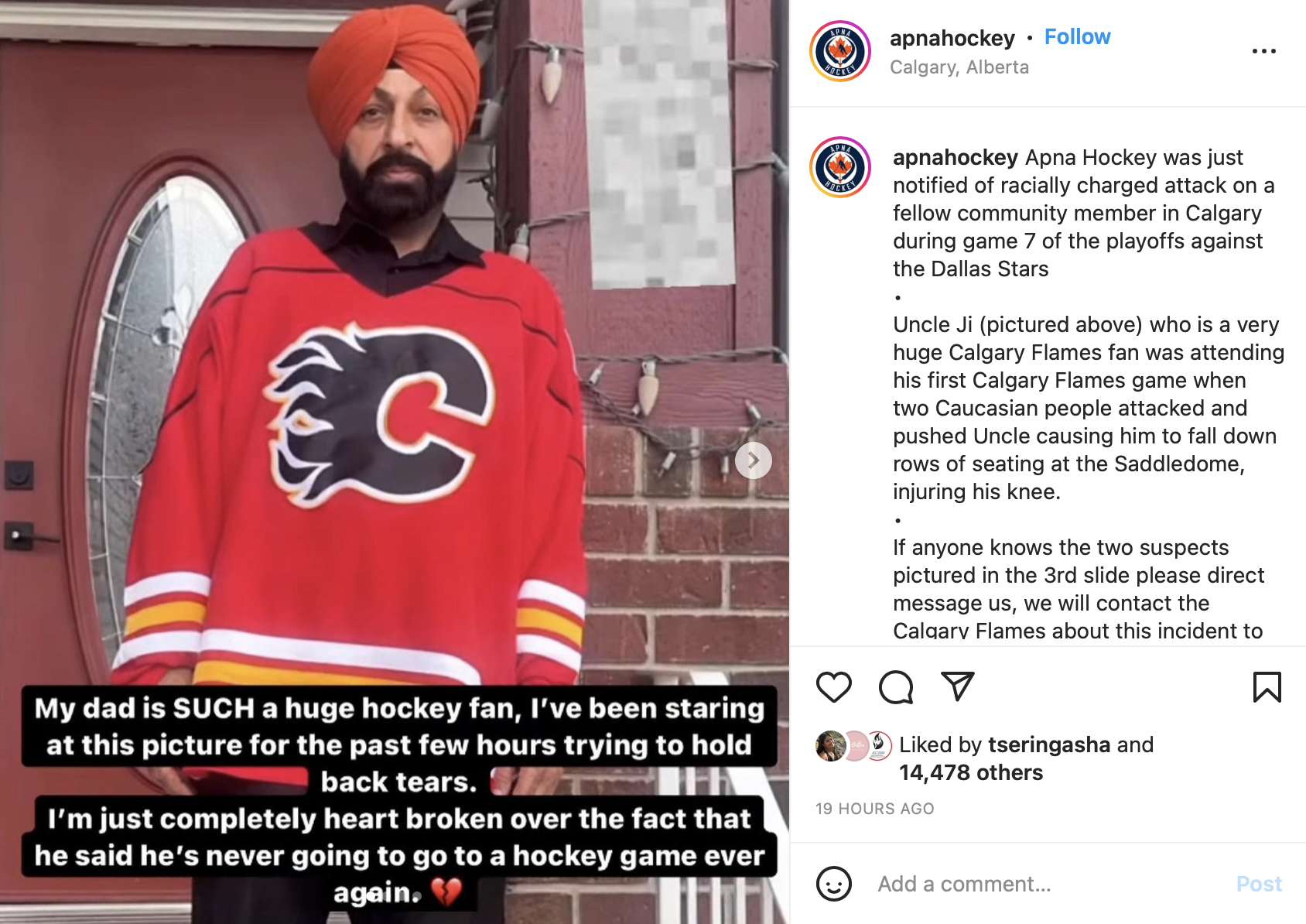 “I just got a call from my sister telling me my dad was injured after the hockey game,” reads the second slide in the photo series. 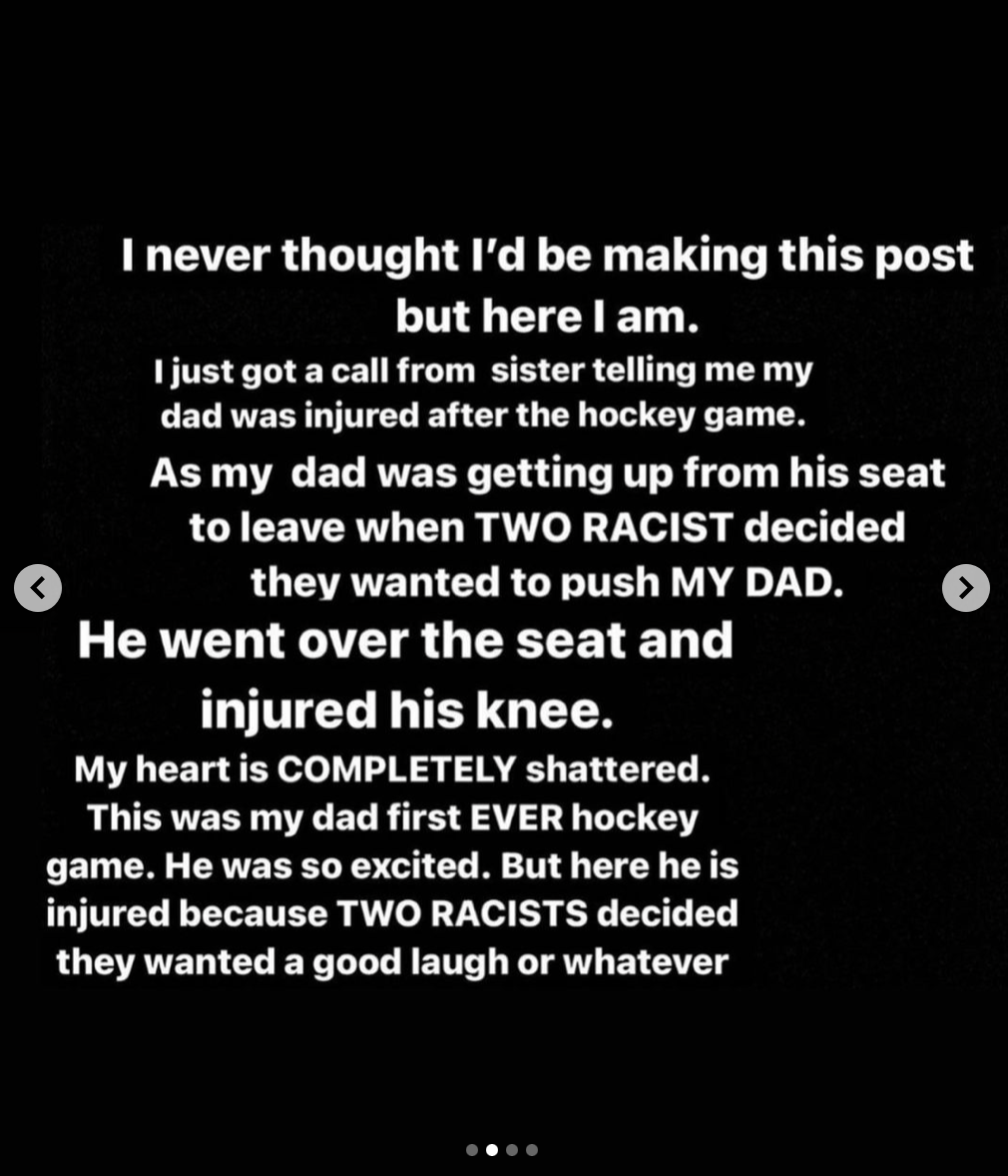 “My heart is completely shattered,” the family member adds.

Calgary police told Daily Hive in an email that on Monday, May 16, that they received a report of an assault at the Saddledome during Game 7.

“At the time of the winning overtime goal while spectators were standing in celebration, a man was reportedly pushed from behind, causing him to fall on to the seats below him,” said the Calgary police.

The man received minor injuries, according to police, and it was also reported that the person who pushed the man apologized. Calgary police told Daily Hive that the man stated it was an accident, as he too had been shoved from behind during the commotion.

Because the victim and his family feel that this was a racially-motivated assault, the Calgary Police Services Hate Crimes investigator is assisting with the investigation.

Calgary police say that they are working to determine the nature of the interaction, and would like to speak to anyone who may have information about this incident. Those who may have witnessed the event are asked to contact the police non-emergency number 403-266-1234.