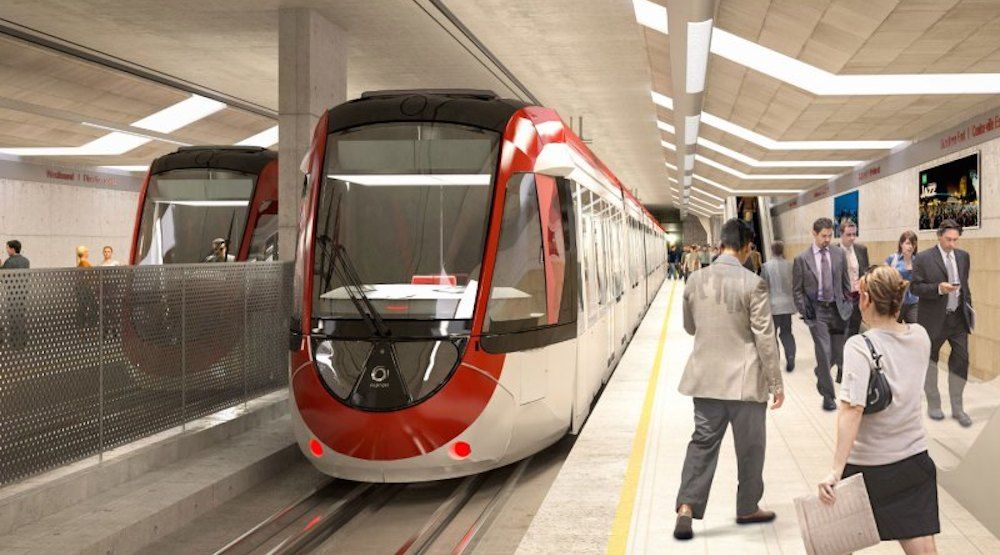 It’s 7:30 pm on Sunday, July 10 and trains in northeast Calgary have come to a full halt as a 49-year-old man has been struck and killed at a pedestrian crossing on the south end of Whithorn Station.

This is happening just as tens of thousands of people are relying on the CTrain to get home after spending a full day at the Stampede. Others are also heading inbound so that they can catch the fireworks during the Grandstand Show.

Less than a month later on August 3, downtown train service was disrupted during the morning peak rush when a car blew through a red light and was hit by a train on 7th Avenue SE near 6th Street SW. Buses had to be brought in to create a shuttle service through the affected area.

And then earlier this week, at 9:15 am on Monday, October 3, a body was found on the CTrain tracks near 50th Avenue and 1st Street SE causing CTrain service to run on a single track. Later that morning, an Ontario driver caused quite a stir on social media when he drove on the tracks on 7th Avenue in downtown.

@CraigSull this is hundreds of ppl being thrown off the train because of an accident! #calgary pic.twitter.com/EwwoaL87

This all speaks to the need of complete grade separation for Calgary’s growing rail transit network, especially within the most urbanized areas of the city, to remove any external factors that could affect train service.

Calgary City Council made the decision Tuesday, October 4 to do just that by moving forward, in principle, on the option of bringing a large stretch of the future Green Line LRT underground. This means the light rail trains will travel underground from the Canadian Pacific Railway tracks in the Beltline, under 2 Street SW and under the Bow River, before resurfacing north of 16 Avenue N along Centre Street N.

Options to have trains run through busy downtown streets were also eliminated in favour of a subway through the busy city centre.

And yes, the cost is certainly daunting. At $1.95 billion, it pushes the total cost of the 46-kilometre-long project to $5 billion, making it one of the city’s most expensive infrastructure projects in history.

But this train system will become an integral part of Calgary’s transportation network for generations, and if built correctly it has the massive potential to spur development around stations.

A subterranean system allows for the train system to run at higher speeds and a greater frequency, which are both attributes for determining the design capacity of the system and attracting higher ridership levels.

Currently, much of CTrain reliability depends on both pedestrians and drivers not making errors in judgment ahead of an approaching train. Delays and service disruptions are often a result of train collisions with pedestrians and vehicles – when car drivers disobey a traffic signal, fail to yield right of way, or make a left turn in the path of an incoming train.

Injuries and deaths as a result of a collision with a train still occur from time to time on subways and elevated systems around the world, but such incidents are mainly limited to suicides at only the station areas. Most accidental scenarios are removed by building a fully grade-separated system.

As Calgary’s population grows and as the urban core continues to densify even more, resulting in more traffic across the road network, the need for grade separation from external factors will only become even more apparent.

An underground system would also remove the system from the weather elements, such as snow and ice which can buildup on the tracks and overhead power lines that feed the trains with electricity.

And obviously, there are also benefits for passenger comfort when passengers are waiting for a train at a station platform.

This was 38th Ave a few min ago @calgarytransit @NewsTalk770 @nenshi pic.twitter.com/pnVnjvZtu7

for safety reasons, of course. pic.twitter.com/nzVSWtAoYH

When speed, capacity, convenience, comfort, frequency, and reliability factors are all considered for the design of a transit system, it becomes future proof. These are all factors for making Calgary’s transit system more competitive to the advantages and comfort of driving. These immense benefits are worth the high cost.

An underground system is a long-term, forward-thinking approach that aligns with the ‘big city’ planning that Calgary has always aspired to follow, and it should not end with the Green Line. Future projects and even certain sections of the existing CTrain system, particularly the busy downtown routes, should operate below grade.

There are some lessons to be learned from other cities and their own shortsighted decisions.

In Vancouver, the 19-kilometre-long SkyTrain Canada Line connecting downtown with the airport and a suburban municipality was constructed just in time for the 2010 Winter Olympics, and while it is seen as an immense ridership success there is growing public sentiment that the system is severely under-built.

The system is largely underground and the station platform lengths are limited to just 40 metres, with the capability to only extend the platforms to no more than 50 metres. This restricts train lengths to just three cars (currently it operates with two-car trains), thereby harshly restricting the ability to increase the capacity of the system over the long term.

At the time, local politicians balked at the $2.05-billion cost of the project and believed it would never reach ridership projections. However, those who fiercely opposed the project went silent when the system not only reached but exceeded its 100,000 ridership target, the threshold for breaking even on operating costs, in the first year.

Over in Ottawa, the city is in the process of constructing a new 12.5-kilometre-long, 13-station light rail transit line that dives underground in the downtown area over a 2.5-kilometre-long stretch with three stations.

The project, dubbed the Confederation Line, is expected to open in 2018 at a cost of $2.1 billion. But nearly a quarter of this cost entails the $540 million needed to convert the existing bus Transitway for light rail. When combined with the high costs of operating the buses along the grade-separated bus lanes, which suffers from reliability issues as it is often running at overcapacity. Ottawa might have been better off building light rail in the first place.

And in Seattle, there is a growing movement to grade separate its future light rail lines to truly make it rapid transit. A recent 5.1-kilometre underground extension, bypassing busy roads, of the Central Link line is proving to be a game changer for how people get around in Seattle. With the tunnel, it takes six minutes to get from downtown Seattle to the new terminus at the University of Washington. It takes up to 20 minutes by car, in contrast.

The lessons are clear: Build it right or don’t build it at all.