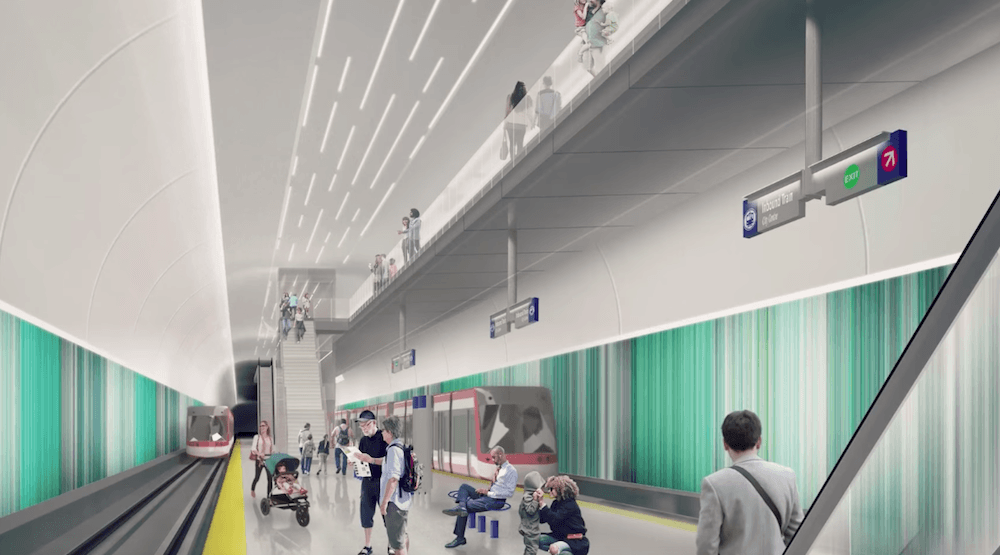 Calgary City Council approved a $1.95-billion option to bring much of the future 46-kilometre-long Green Line LRT project underground on Tuesday. But it was a contentious decision with the debate between councillors becoming animated as voting neared.

In a 10-3 vote, councillors ultimately approved the option in principle, which prevents the municipal government from being tied down to the cost of the project should the funds not materialize.

With a complete tunnel, the route would run underground from the CP tracks in the Beltline, under 2 Street SW and under the Bow River, before resurfacing north of 16 Avenue N along Centre Street N.

A number of cheaper options to cross the river were considered, such as utilizing an existing bridge, constructing a new bridge, or building a shorter tunnel span. There were also less costly options of building ground-level and elevated guideways through the downtown core.

The City says it will retain these more affordable options if the necessary funding is not raised for the ideal configuration of the LRT project. To date, $3 billion of the estimated $4.5-billion cost of the entire project has been raised, with $1.5 billion coming from the federal government and another $1.5 billion from the municipal government over 30 years.

The provincial government has yet to make a commitment, although an announcement is expected over the coming weeks.

A final decision will be made in December once city planners provide their recommendations on the routing through the Beltline. Construction is currently scheduled to begin in the third or fourth quarter of 2017 for an opening in late 2024.