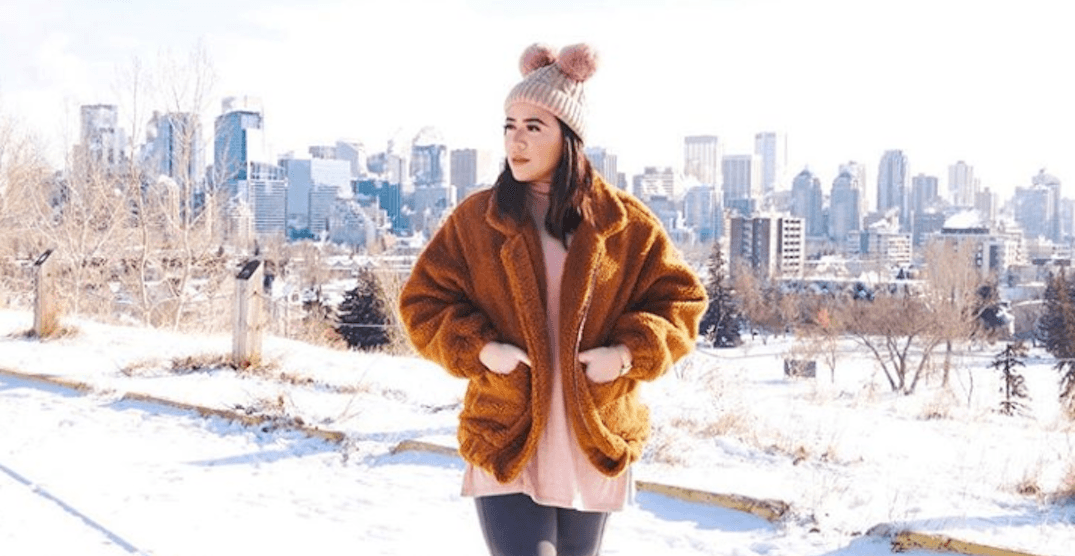 This weekend is looking to be a wintery one.

With extreme temperatures, constant flurries, and over 20 cm expected to fall over the next four days, Calgary may be seeing its snowiest weekend of the entire season.

The Weather Network’s seven-day forecast warned of significant snowfall for this Friday, and now an updated forecast is showing that the flurries could remain constant until Monday morning.

The snowfall is expected to begin on Thursday night, and while that may set quite the romantic scene for couples celebrating Valentine’s Day, it’s just the start of a week filled with the white stuff. 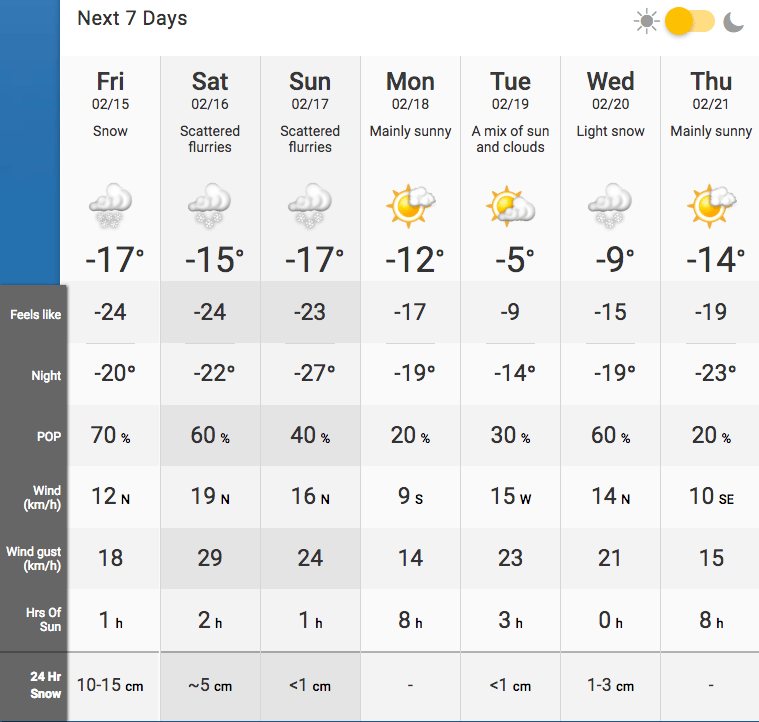 Around 1 cm is expected to fall on Thursday night with a 70% chance of precipitation.

Friday will follow up with another 70% chance that periods of snow will appear throughout the entire day.

Old Man Winter eases off a little over the weekend, with only 5 cm expected on Saturday, and less than 1 cm on Sunday.

The temperature will hover around -16°C throughout the snowy stretch, while the wind chill will be making it feel closer to -24°C.

Tuesday is expected to be the “warmest” day of the week at -5°C (though feeling like -9°C) and featuring a mix of sun and clouds.

More snow follows up on Wednesday, though at just 1 to 3 cm and not the biggest threat to wintery-weather hating Calgarians.

… At least it makes for a good excuse to hunker down this weekend and binge watch that new show, right?