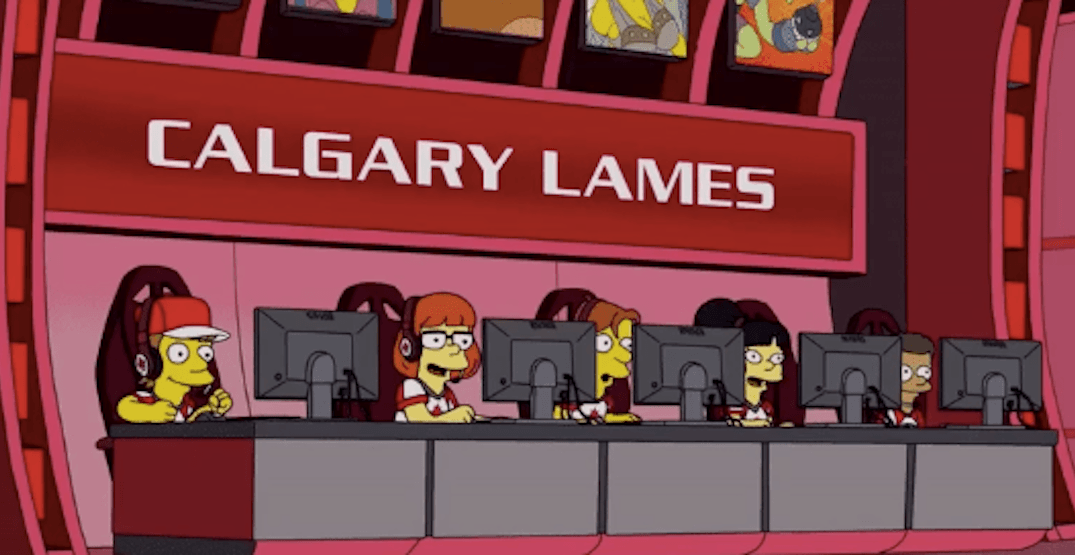 The Saddledome’s own Calgary Flames, along with the city’s up-and-coming eSports community, was given a nod during the most recent episode of The Simpsons.

An episode titled “E My Sports” saw Bart Simpson and his friends create an eSports team, vying for a $500,000 grand prize.

Before making it to the finals, however, their team would need to defeat The Ogdenvillains within their hometown and the Calgary Lames at the Capital City Civic Centre.

Depicted in classic Canadian red and white and sporting maple leaves on their chests, the Calgary Lames came close to winning against the Springfield team yet were foiled in the final minutes.

While “lame” isn’t quite how we’d describe either the Flames (who just clinched a spot in the 2019 playoffs, thank you very much) or the city’s thriving eSports community, it is still nice to get some recognition from such a well-known and long-running TV show.

Take a look below at the official episode preview to see the Calgary Lames in action:

The Simpsons made a “Calgary Lames” joke last night. pic.twitter.com/WsDSCZ0ir3

On the same night that @TheSimpsons aired a new episode where Bart plays e-sports against a team called the “Calgary Lames”, the @NHLFlames became the first Western Conference team to clinch a playoff berth to the 2019 playoffs.

I approve. I approve greatly. https://t.co/LKEf4zKCnB

@AlJean As a massive fan of the @NHLFlames, the Simpsons e-sports team, the Calgary Lames, was offensive and a complete travesty. At least that’s what I’d say if I was from Edmonton and you made fun of the Oilers…