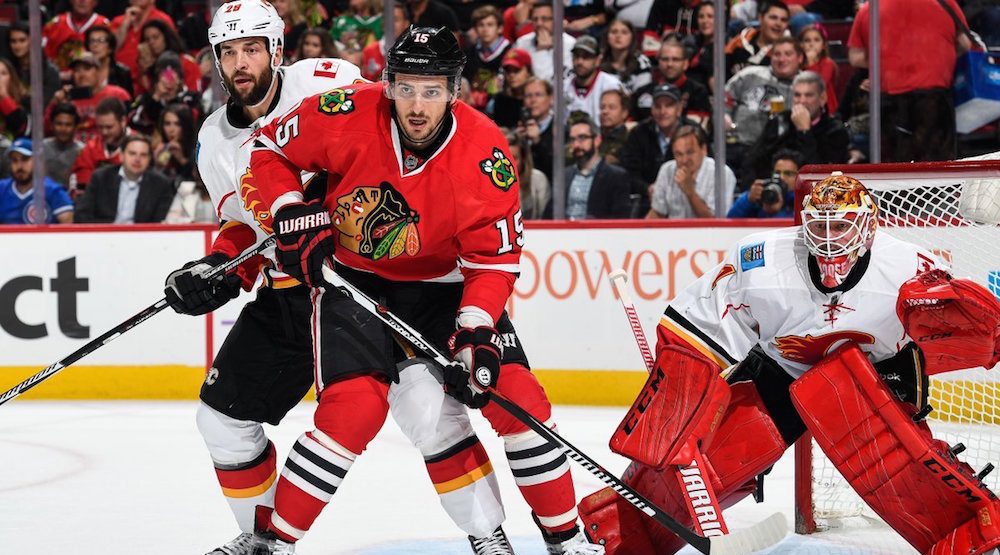 The 2016-17 NHL season is still very young for the Calgary Flames, but their biggest opponent this year hasn’t been who they’ve lined up across the ice from, it’s been consistency.

A younger team, especially at forward, the team has struggled to put together momentum this season with Tuesday’s 5-1 loss against the Chicago Blackhawks dropping the team’s record to 4-6-1 on the season.

Offence, defence, goaltending, and special teams have rarely all performed to their potential at the same time this year, as some games Brian Elliott or Chad Johnson have faltered, while other times the scoring has completely dried up.

Now that’s not to say it’s been an absolute tire fire in Calgary with three weeks gone on the season, as there have been many bright spots including Michael Frolik leading the team in goal scoring, Sam Bennett taking a step forward in his development, and Dougie Hamilton getting off to a much better start compared to last season.

Here are three areas that Calgary will have to find more consistency in to make some waves in the Pacific Division. 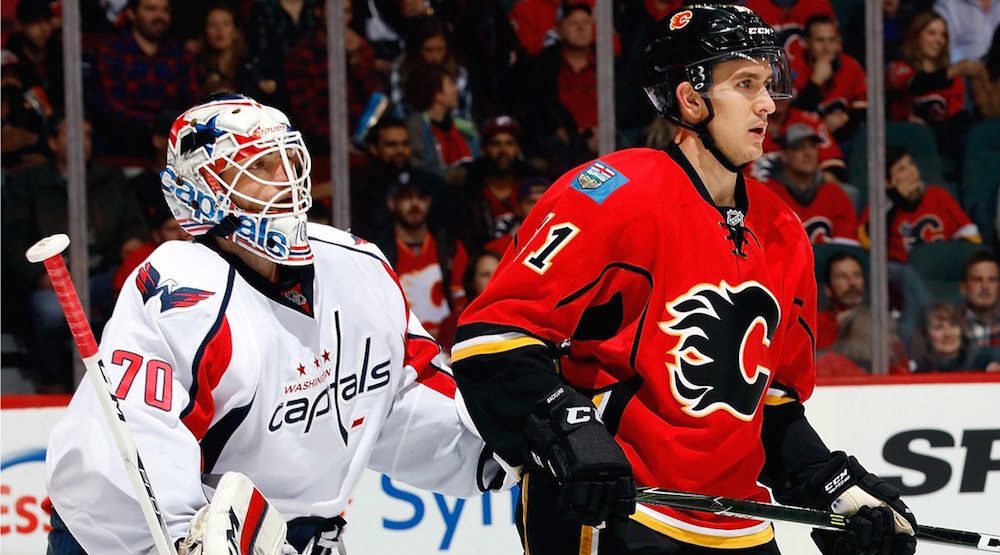 Let’s get it out of the way, the Calgary Flames have been absolutely abysmal on both the power play and penalty kill through the first 11 games of the season.

Calgary currently ranks 29th with the man advantage at just 9.8%, while they are slightly better on the penalty kill at 72.3%, though that still puts them 28th in the NHL.

All Flames fans need to do is look at Tuesday’s game in the ‘Windy City.’

Calgary and Chicago battled fairly evenly through the first 45 minutes of the game, but an Artem Anisimov power play marker midway through the third completely changed the momentum of the game.

It’s been a very undisciplined start to the season for Calgary as well, as they have been shorthanded 47 times through 11 games, with only Anaheim (42) and Boston (41) in the same ballpark. It also doesn’t help that the Flames have given up the second-most goals while shorthanded this year at 13, just two better than the Blackhawks.

Offensively, things haven’t been much better as the Flames have only found the back of the net on the man-advantage four times, despite scoring the sixth most goals in the league so far.

Of Calgary’s 31 goals registered this year, just 13% have been scored on the man advantage, and the Flames have not scored a power play marker since October 25 against the St. Louis Blues.

Simply put, the Flames will need to tighten things up when they are controlling the puck, limit turnovers at the blue line while implementing the cycle, and prevent tap-ins from opposing players while killing penalties. 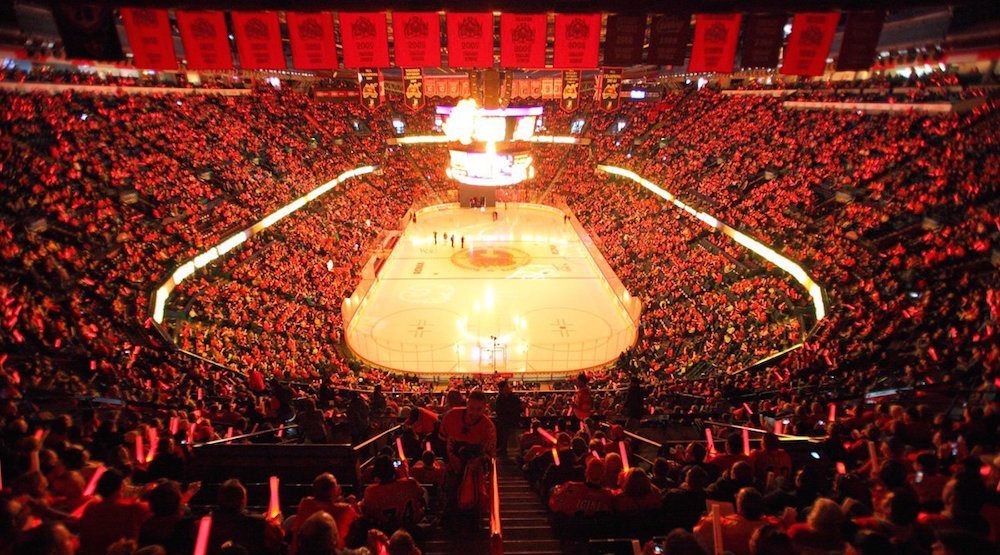 Piggy-backing off the special teams discussion, the Flames will have to take hold of opportunities at home to improve their record into November.

Calgary is 2-4 at Scotiabank Saddledome to begin play this season, with one of those victories requiring overtime against the Buffalo Sabres on October 18.

Improving the power play at home remains a key, as the Flames are 0-for-24 with the extra skater on home ice. Whether that’s because of some early season jitters or just a lack of preparedness, the players will need to turn that ship around quickly.

Defensively, the team has struggled to clog the shooting lanes recently as they’ve been outshot over their last four home games and have not been able to muster more than 27 shots on opposing netminders.

One bright spot at the Saddledome for the Flames has been the play of stars Johnny Gaudreau and Sean Monahan, as they’ve registered eight of their 11 combined points on Calgary ice. 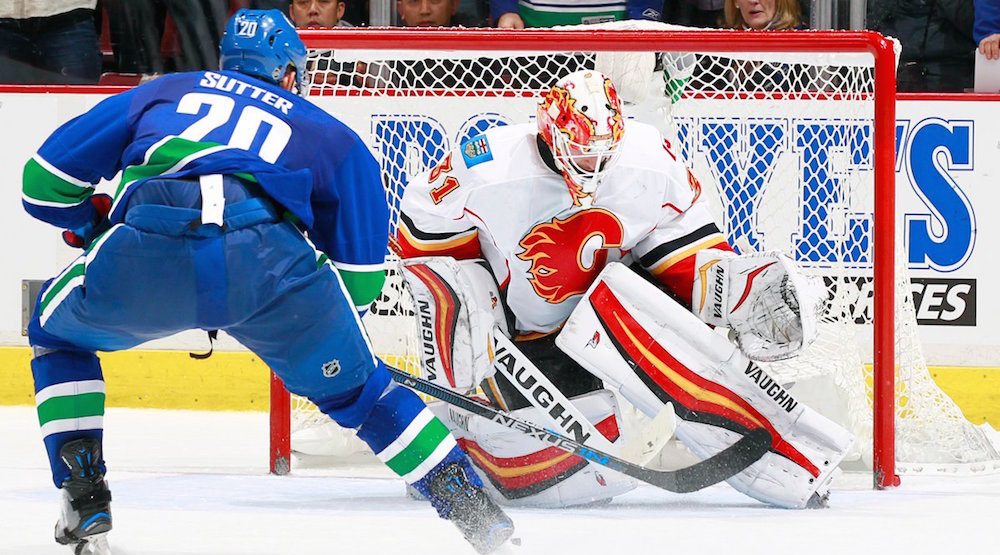 Two seasons ago, the Calgary Flames were becoming famous around the NHL for their thrilling comebacks in the third period enroute to their first playoff berth since 2009.

Now, those comebacks have turned to collapses as the Flames can’t seem to keep the puck out of their net during the final frame.

Calgary leads the league with 17 goals given up during the third, with close to half of their goals allowed all season coming in the final 20 minutes of play.

Defenders like Mark Giordano and Nicklas Grossman have been burned a few times in the third frame, but nobody has had a rougher start to the year than TJ Brodie.

Expected to emerge as a potential all-star candidate on defence, Brodie is tied for a team-worst -8 rating, and has looked very shaky defending in the blue paint.

Confidence issues have plagued the team from puck drop on opening night of the season with a single third period goal from the opposition often leading to second, and third scoring opportunities.

There are many facets of the Flames game that need serious work in the early part of the season, but the good news is that many of these changes are doable.

Smarter decisions with the puck on both sides of special teams will go a long way towards getting back on track, while many Flames fans expect Brodie to break away from his dismal start to the season much like Hamilton did last year.

The Flames are headed for a three-game California road trip this week, which will provide a chance to regroup and respond starting on Thursday night in San Jose.

And if that doesn’t work, I’ve heard the California sun and sand can do wonders as well.