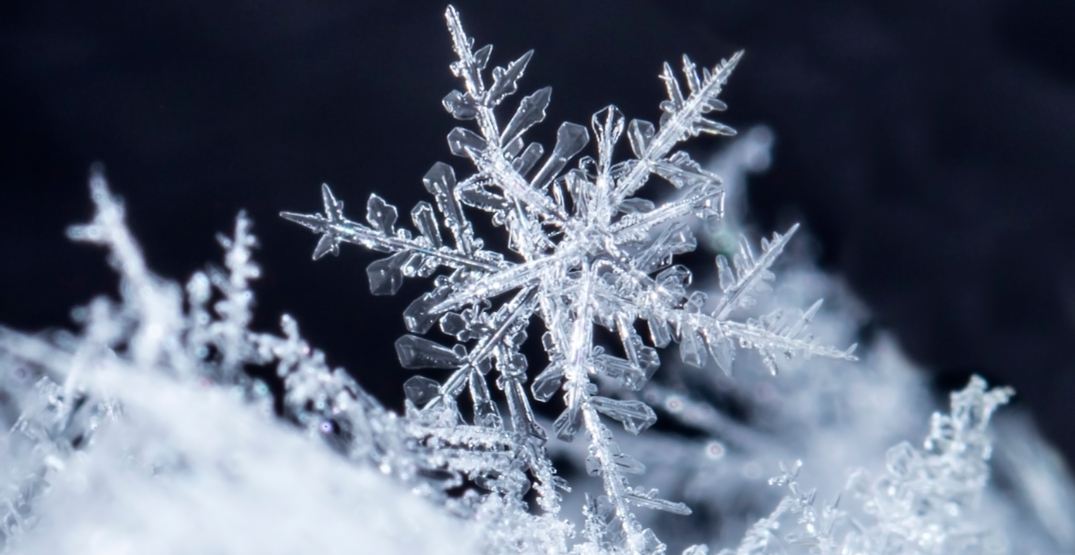 All good things must come to an end.

Though the unseasonably warm weather Calgary has been seeing will be sticking around for the foreseeable future, it was long past time that we started to see some snowfall in our neck of the prairies.

The Weather Network’s seven-day forecast is calling for a few flakes next week, marking the first falling of snow that Calgary will have seen all this season.

Given that we were over 25 cm deep by the end of last September, that’s saying something.

Even with the two days showing signs of snow, Calgarians won’t have to worry about pulling out the parkas, snowshoes, or shovels just yet.

Both Tuesday and Wednesday will merely see some snowfall mixed in with rainfall, and we doubt that the slushy mixture will stick around for too long. 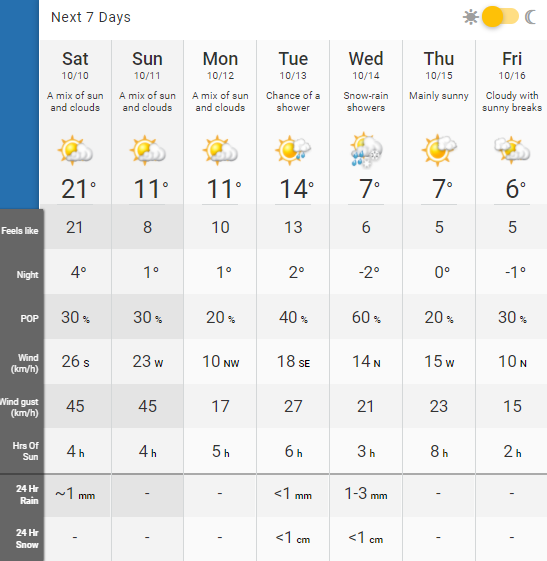 Under 1 mm of rain is forecast to fall on Tuesday along with under 1 cm of snow, coming along on what is expected to be a mild, somewhat sunny fall day with a high of 14°C.

The cooler temperatures kick in on Wednesday, which will likely see 1 to 3 mm of rainfall and under 1 cm of snow, and a high of just 7°C.

Next week will also mark Calgary’s first flirt with sub-zero temperatures, as nighttime lows will reach -2°C on Wednesday and -1°C on Friday.

It’s nowhere near the piles of snow and painfully frigid temperatures that Calgarians are used to weathering through the winter, but it is a sure sign of what’s bound to come.

So enjoy these warmer days while you still can, Calgary!