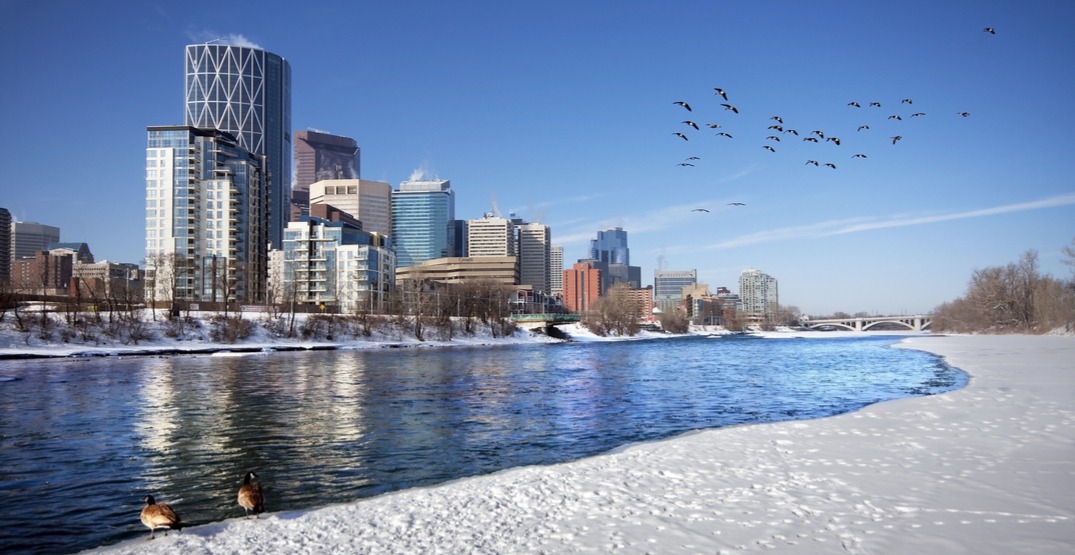 Over the past week, dozens of residents have taken to social media, all asking the same question — why does it smell in Calgary right now?

Carol Henke, public information officer, said that crews have “responded to dozens of calls throughout the week” from citizens citing a “nuisance odour” in their neighbourhood.

Although calls are being received from all over the city, the majority come from the North East area.

Authorities say that the odour is from the melting ice on storm water ponds.

“Odours from storm ponds are normal due to the decay of accumulated organic material,” the department said. “Ice on the ponds traps odours which are then released went the ice melts.”

Fortunately, the strong smell poses zero risk to residents or the environment. People are reminded, however, that because of shifting water levels and poor water quality, storm ponds are not for recreation.

That means that people should stay out of the water and off any ice, as well as keep their pets away from the water.

The Calgary Fire Department also adds that every apparatus carries a “multi-gas detection monitor” which can deal with hazardous materials when they do arise.