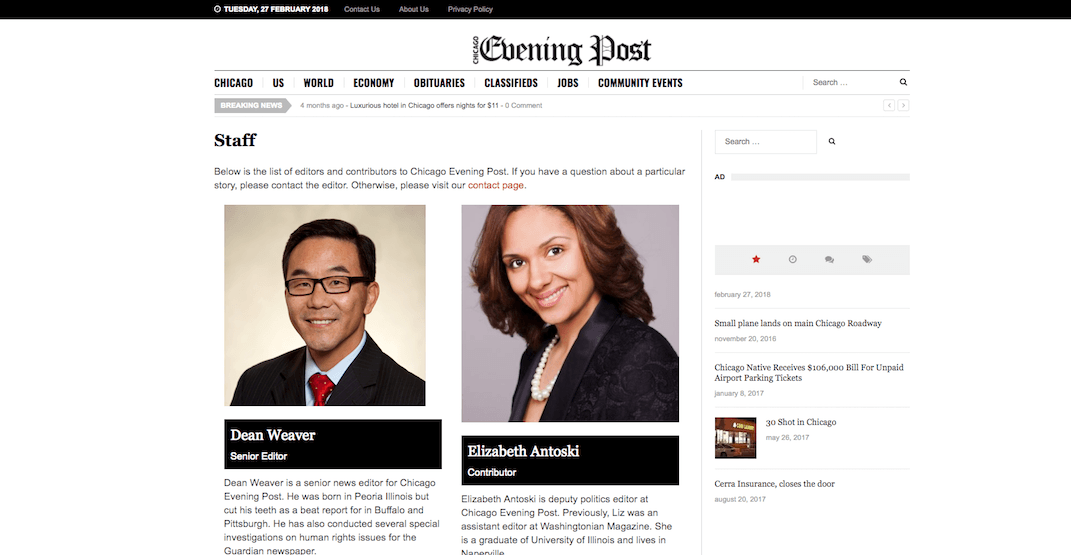 It turns out that Clark Kent, Peter Parker, and the city councillors of Calgary all have something in common after all: namely, masquerading as journalists during their down-time.

The Chicago Evening Post, an online publication that appears to be just as fake as the bylines it posts, shows a few familiar faces on its staff page. 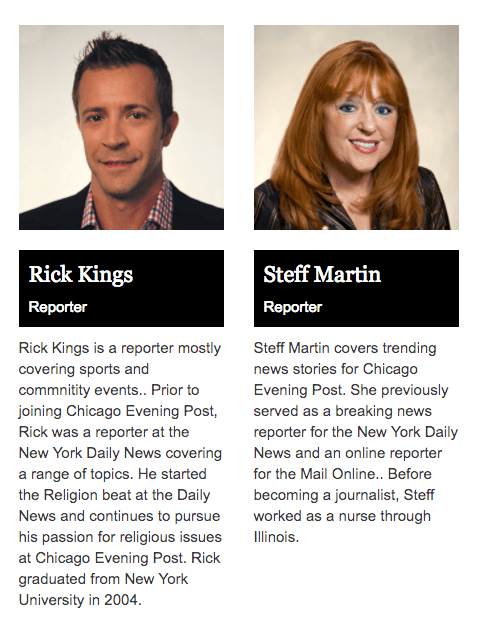 Six of Calgary’s current city councillors are listed (by face, though not by name) as the Post’s staff, with Jeff Davidson being listed as Rick Kings, “a reporter mostly covering sports and community events,” Diane Colley-Urquhard going by the moniker Steff Martin, a fellow reporter, Jeromy Farkas is listed as Greg McCreary, a contributor, and Jyoti Gondek is Liv Carpenter, a reporter who graduate of the University of Chicago. 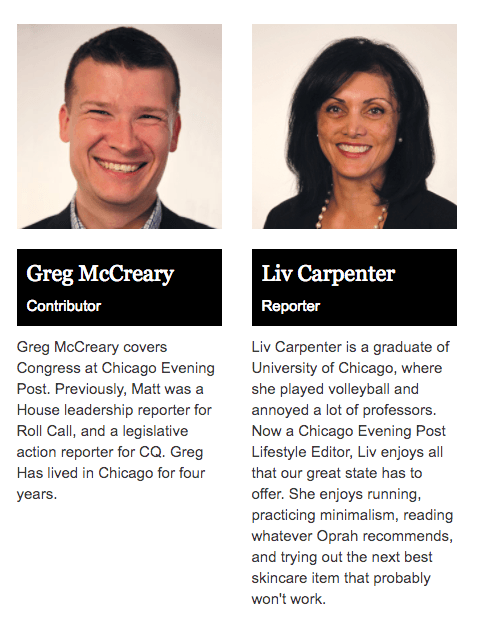 No, we’re not making this stuff up – though someone else obviously did.

Dean Weaver, sorry, Sean Chu is head of the dream team, holding the position of Senior Editor. Chu himself commented on the mix-up in a tweet, having a laugh about his newfound seniority. 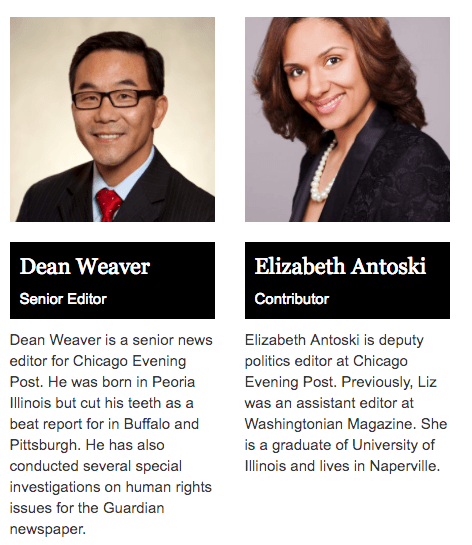 The sixth staff member, Elizabeth Antoski, couldn’t be found on a list of Calgary city councillors, though a reverse image search discovered that she was actually Mary Sheffield, a councilwoman for the City of Detroit.

Mere hours after news organizations in Calgary published stories about the councillors, the Chicago Evening Post removed the photographs associated to the staff names. The change was made shortly after 2 pm on Tuesday. 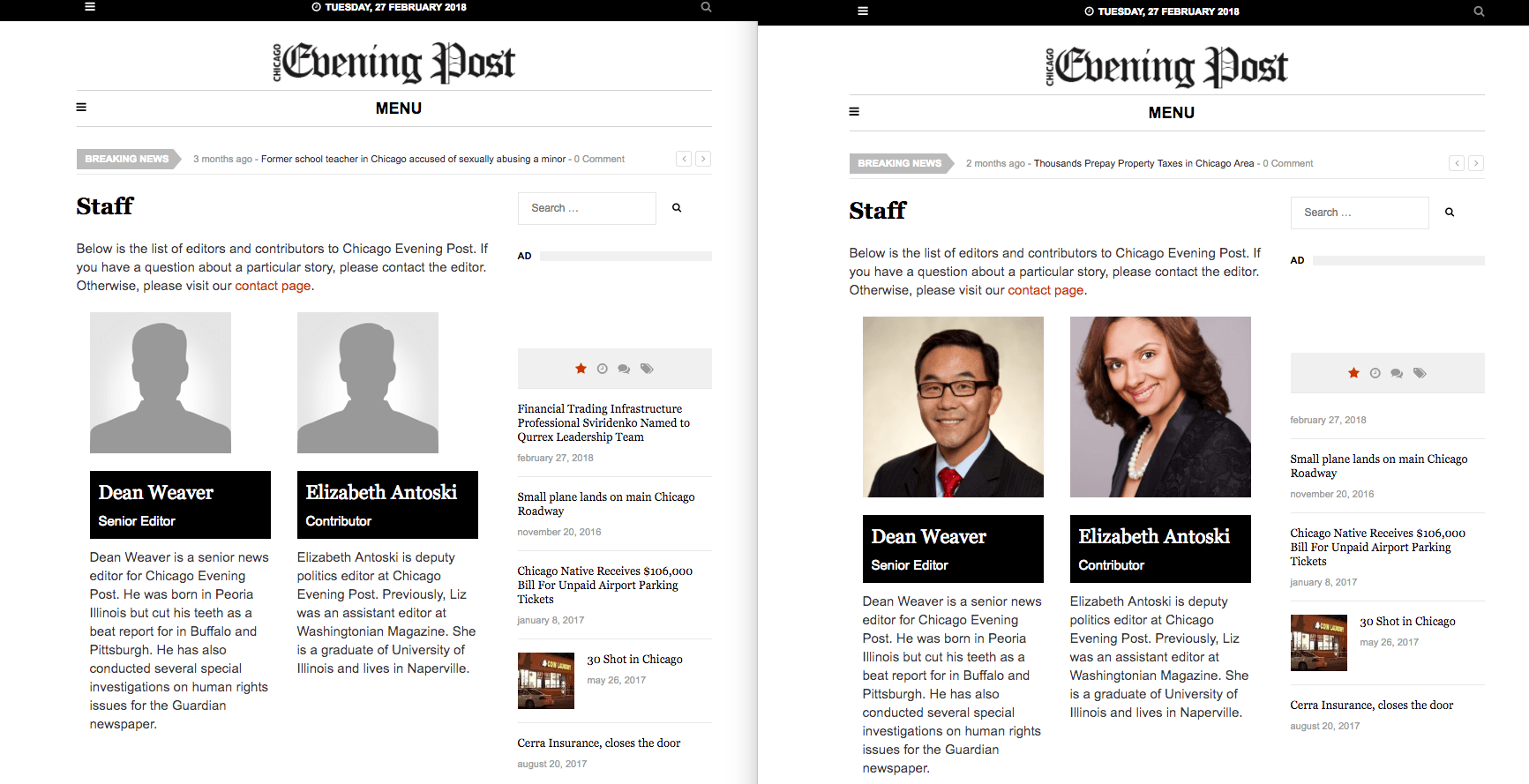 Whether or not Weaver, Antoski, McCreary, or Carpenter will be getting new faces in the future is still to be seen, though we can be fairly certain that no other Calgary councillors will be writing for them any time soon.