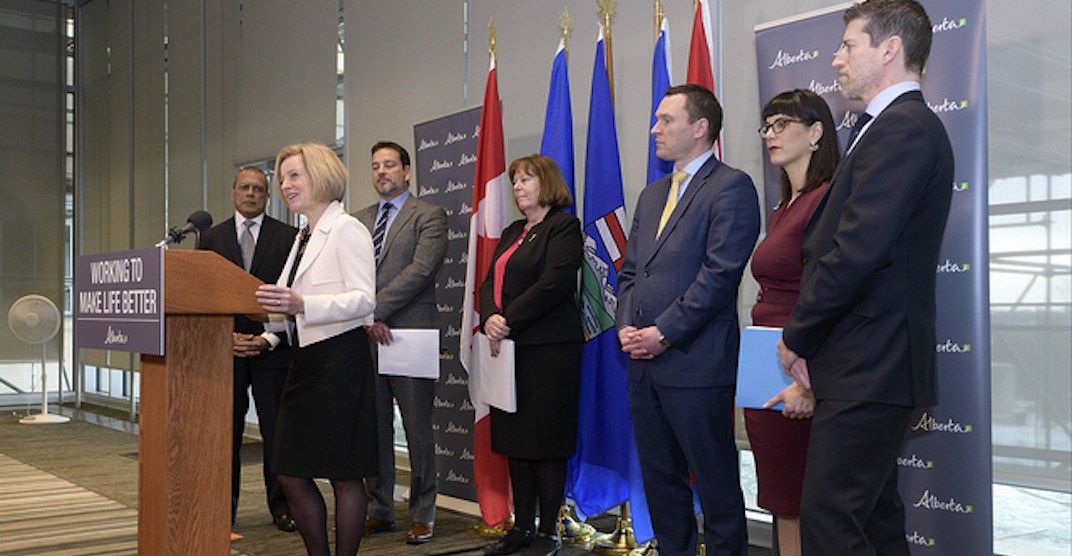 Alberta is taking the first steps towards a partial-upgrading of its technology to deliver crude oil, according to a Monday announcement from Alberta Premier Rachel Notley.

The actions are at the recommendation of the Energy Diversification Advisory Committee, which was established in fall 2016 to explore Alberta’s energy opportunities.

“I’d like to thank the committee and the many Albertans who contributed to these recommendations,” said Alberta Minister of Energy Margaret McCuaig-Boyd in the release.

“Today’s announcement is the first of several steps we are taking to secure Alberta’s future and get off the boom-and-bust rollercoaster.”

The provincial government announced that they were ready to invest up to $1 billion in partial upgrading facilities and technologies over the next eight years, and expects to see up to $5 billion in private investment as well.

According to the release, partially upgrading oil sands bitumen makes it flow through the pipelines easier, meaning that a larger volume of oil can be transported. The upgrading is expected to reduce industry costs as well as enhance the oil sand industry’s competitiveness internationally.

“We are blessed with a greater variety of natural resources than anywhere in the world, but right now we’re not getting full value for them,” Notley said in the release.

“As we fight for new pipelines and a better price for our oil, we must also create the right conditions for investment and jobs in oil and gas processing and manufacturing.”

Premier Notley has been engaged in a month-long dispute with BC Premier John Horgan over restrictions announced by BC that would stall the construction of the Kinder Morgan Pipeline expansion, a project approved by the federal government that will allow a larger volume of bitumen to reach shipping lanes from BC’s shores.

The partial upgrading investment will not limit any future opportunities for full refining in Alberta, and will create an estimated $22 billion in Alberta GDP growth over 20 years, according to a study from the University of Calgary.