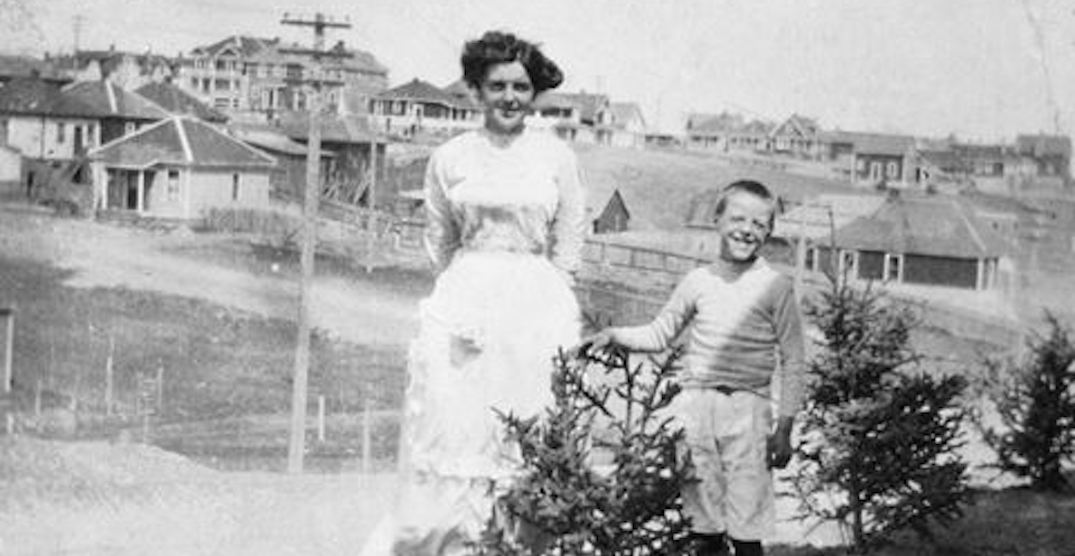 Annie Gale and her son Bill pose beside their home, 1914 (Courtesy Glenbow Archives)

Calgary celebrates the 100th anniversary of the swearing-in of Annie Gale to City Council during the first Gender Equality Week. She is being remembered as a consumer advocate, social activist, and pioneering female politician.

Gale is best known for being the first female alderwoman in Calgary, and furthermore the first in Canada, when she won a seat in the 1917 Calgary Civic Election.

“It is incredibly important that we celebrate the contributions of Annie Gale while also realizing the work we have to do to create true gender equity in our community and our institutions,” said Mayor Naheed Nenshi in a release from the City of Calgary.

Gale was born in Worcestershire, England, in 1879. Her family moved to Calgary, Alberta in 1912, where she began taking an active role in her new community, working to solve problems related to the poor quality and high costs of fresh vegetables, as well as the lack of affordable heat and free hospitals.

As Gale’s public reputation grew, she was considered to run for public office. She was nominated for the 1917 civic election by many notable Calgarians, and she was backed by Canada’s first Women’s Ratepayers’ Association. As alderwoman, Gale continued to support the public market. She believed that unless more women held public office, business interests would always win out over public welfare.

She once said, “I have always believed that the mission of women in political life was to clean up politics.”

Her views on equal job opportunities extended beyond elected office. She also supported the idea that women would be capable of taking on manual labour roles in the Parks Department.

She retired from the Calgary City Council in 1923 after making many notable contributions and was seen as an advocate for women’s rights. Gale relocated to Vancouver with her family and would pass away in 1970 at the age of 93.

Her historical contributions to gender equality will continue to be celebrated.

A great morning at City Hall. Sheila Yeoman – Annie Gale’s granddaughter – accepted a proclamation from the City of @cityofcalgary @nenshi celebrated Gale’s contributions and her leading role in promoting gender equality. He also advised that there’s still a lot of work to do! https://t.co/0XteJ8sgBM