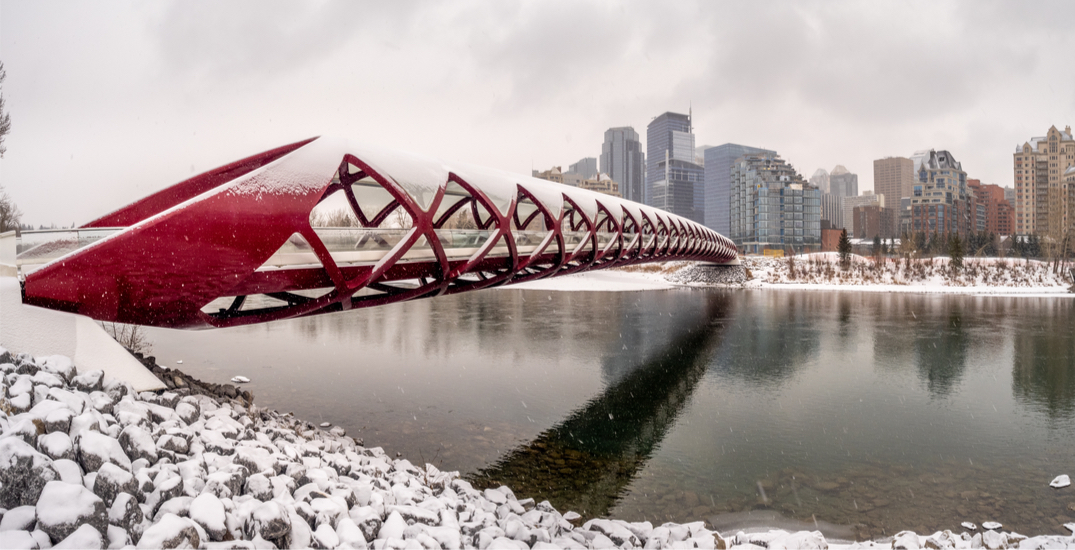 Hope you didn’t put your winter coats away just yet, Calgary, because we’re going to see some snow and cold weather heading into the long weekend.

As of 10:30 am on Thursday, Environment Canada has snowfall warnings in effect for areas across southern Alberta, including:

Currently, no snowfall warning is in effect for the City of Calgary, although the city is experiencing flurries that are expected to last until Thursday evening, with up to one centimetre of snow in the forecast.

“Heavy snow will continue along the southern foothills today, bringing total amounts of 10 to 30 centimetres by Friday,” says a statement on Environment Canada’s website.

As well, a total snowfall of 10 to 15 centimetres is expected to fall near the international border, with local amounts near 30 centimetres predicted in the Cypress Hills area. “Most of this heavy snow will fall during the day Thursday,” says Environment Canada. 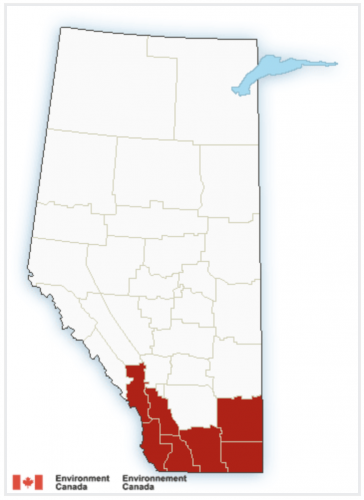 Environment Canada advises people to prepare for quickly changing and deteriorating travel conditions, and to take frequent breaks and avoid strain when they are clearing snow.

It’s -1ºC, feeling like -6ºC, in Calgary right now, and we’re seeing some light flurries. According to The Weather Network, the flurries will turn into wet snow by Thursday afternoon, tapering off around 5 pm with a high of 3ºC for the day.

Friday morning is predicted to be mainly cloudy, with a high of 1ºC, but things will warm up a little by the afternoon, with sunny breaks and a high of 9ºC. 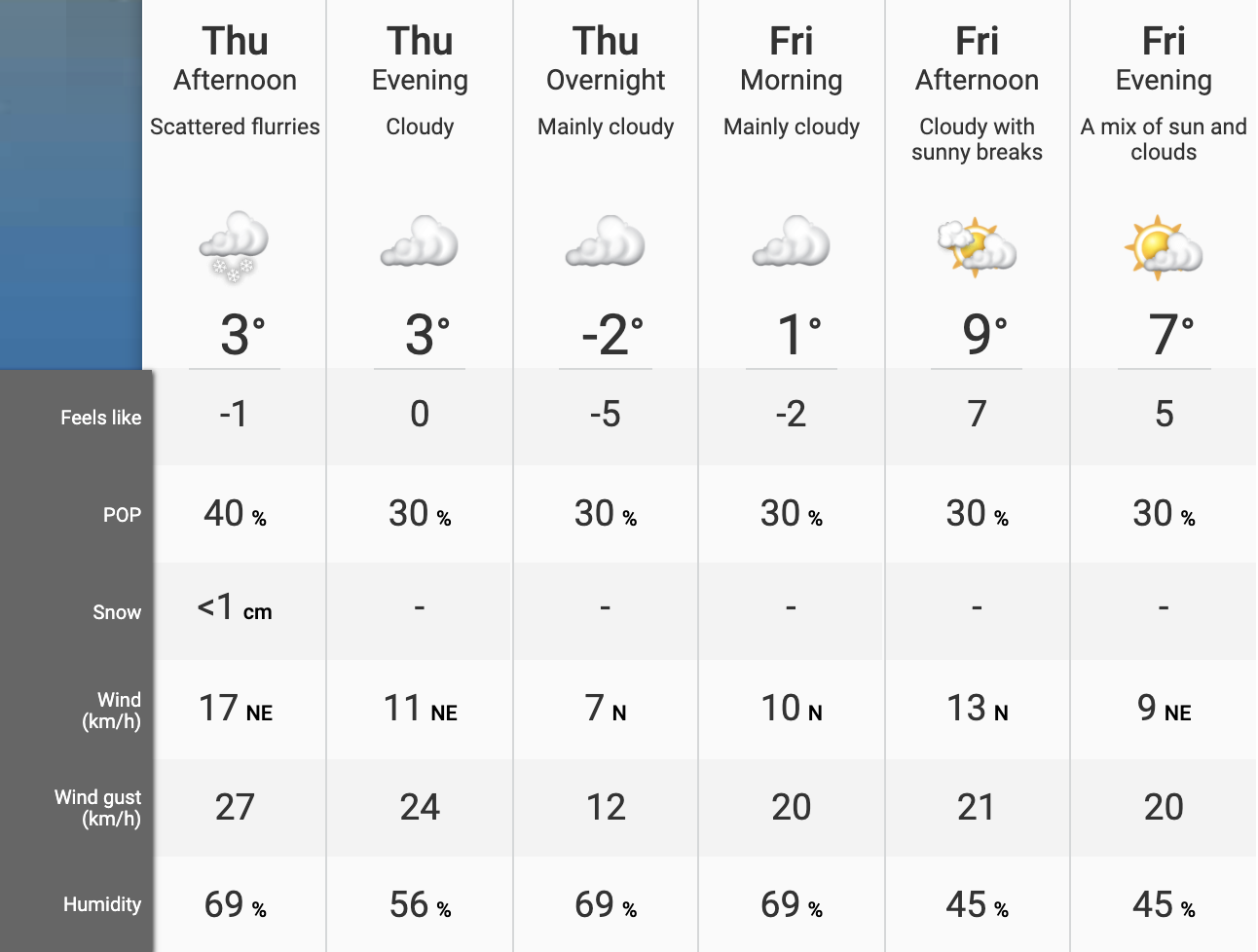 Temperatures will get a little nicer for the long weekend, and Saturday is expected to reach a high of 12ºC with a mix of sun and clouds.

Sunday will be 15ºC and mainly cloudy, while rain is predicted for the holiday Monday, with 15 to 20 millimetres of precipitation and a high of 13ºC.