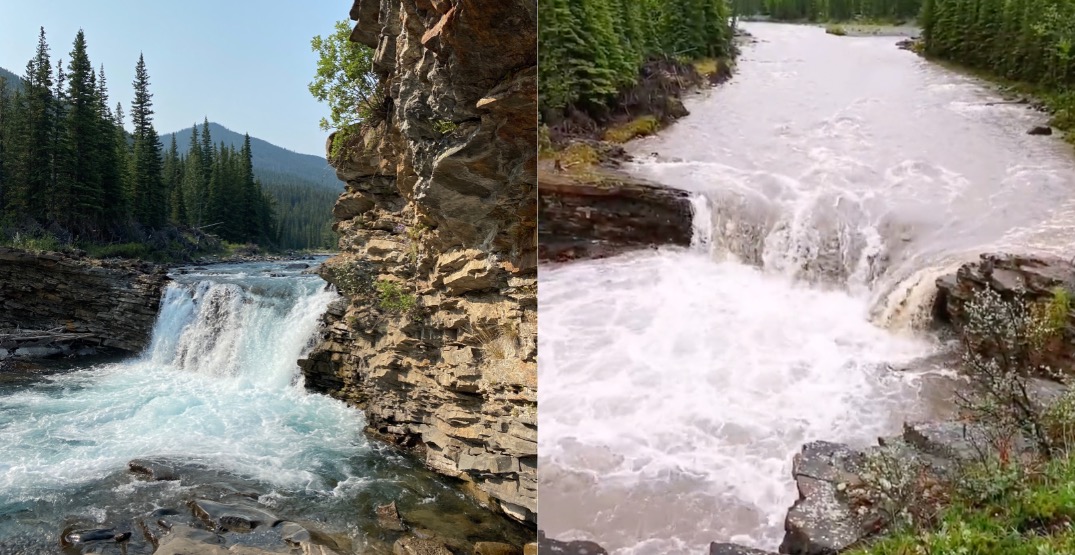 Torrential rain in Alberta has caused numerous rivers and streams to swell, including a popular waterfall west of Calgary.

A video posted on Twitter on Tuesday of Sheep River Falls on the Sheep River, approximately 100 kilometres southwest of Calgary, showed the falls raging and bubbling.

Majko also posted a video of Elbow Falls nearby on Tuesday, compiling videos of before and during the heavy rain.

On Monday, the province held a press conference to update Albertans on the rain and flood risks, adding that models at that time suggested that the heaviest amounts were expected in the High River area.

Rainfall warnings remain in place for areas across western and southern Alberta, according to Environment Canada.