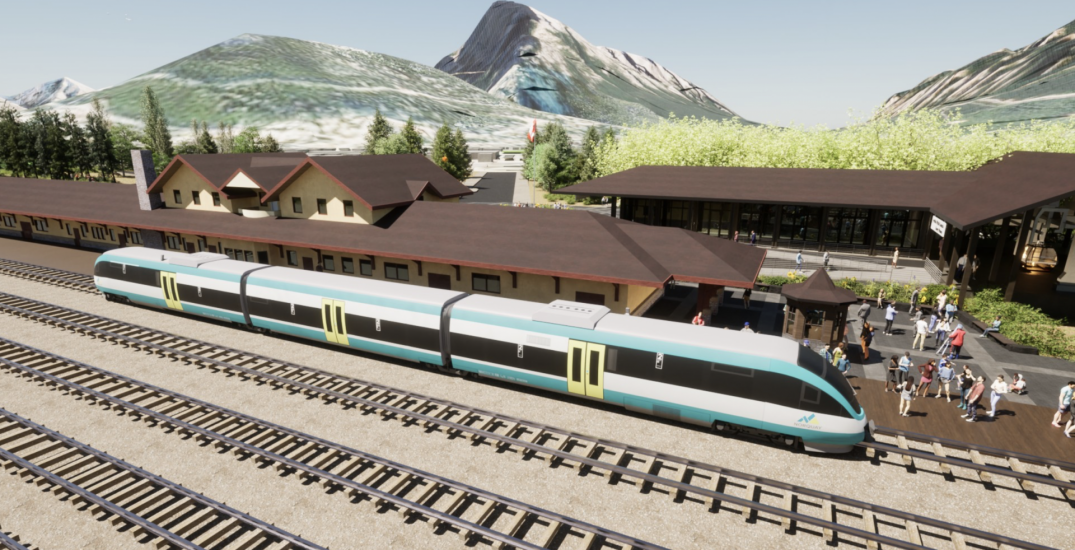 Getting to the mountains from Calgary is going to become even more convenient, as plans for a train from YYC out to Banff National Park are now underway.

Breaking news! The Calgary Airport – Banff Passenger Rail Project is now entering the design phase. We are excited to have @PlenaryAmericas come aboard!

Plenary Americas, an independent long-term investor, developer, and manager of public infrastructure, and Liricon Capital Ltd. have submitted an Enhanced Unsolicited Proposal to the Government of Alberta’s Ministry of Transportation, Invest Alberta Corporation, and the Canada Infrastructure Bank.

If accepted, the proposal will take the Calgary Airport – Banff Rail project from Phase 3, Development, to Phase 4, Design. This advancement positions the project for success in its fifth and final phase, Construction and Implementation.

A diagram of the projected timeline suggests that construction of the train line may begin in 2023.

According to a press release from Banff Eco-Trainsit Hub, the Calgary Airport – Banff Rail system will operate on a new, dedicated passenger line built within the existing CP Rail freight corridor.

Tickets from Calgary to Banff for Albertans are estimated to cost about $20, taking into account anticipated discounts to the national park.

In addition to supporting the visitor economy, the airport link will support the transportation needs of the estimated 50,000 people who work at the airport.