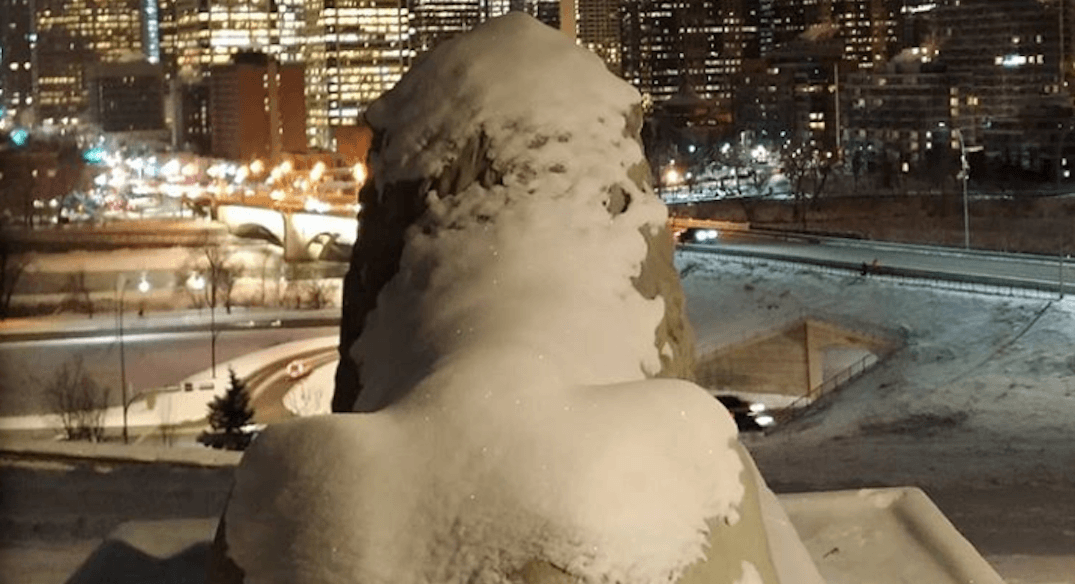 A rock-hard statue stands watch above the city of Calgary from Rotary Park.

One of the original Centre Street lions was placed in the park this past summer after being repaired by the city, and now it is seeing one of its first coverings of white snow.

A photo of the lion was taken and posted by the Instagram account @centrestreetlions, though it wasn’t until it was shared by the Tourism Calgary Instagram account that commenters began noting that the angle of the photo made the sculpture look like something else entirely.

Many pointed out that the statue looked especially stiff in the cold, while others believed that it bore a striking resemblance to the eggplant emoji.

One person noted that the statue would likely look more impressive during the summer months, and another was quick to point out that, based on the picture, it was clear that winter had finally come.

All in all, commenters were simply glad to see the statue erected in such a beautiful spot.