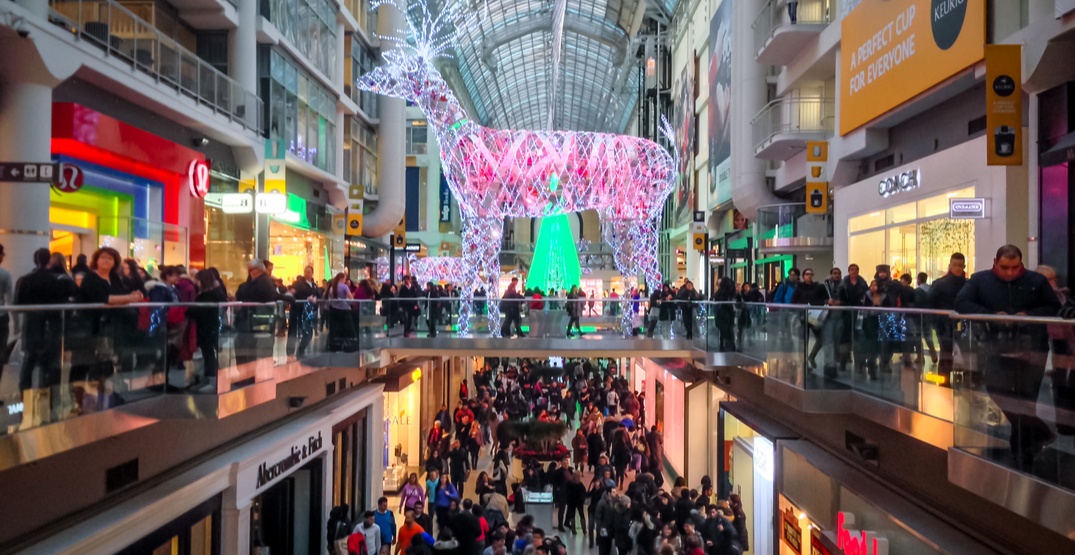 Moneris, one of Canada’s largest debit and credit processors, has revealed their prediction for when the country’s busiest shopping day of 2018 will take place, down to the very hour.

After kicking off the holiday season with Canada’s biggest Black Friday to date, Friday, December 21 is forecasted to be the busiest day of 2018, with 11 am PST (2 pm EST) being the busiest hour.

Moneris has made the prediction based on their merchant data — they process more than a third of transactions across Canada. Not only that but the Friday before Christmas has been consistently had the most transactions in the entire calendar year, even more so than holiday weekends, Black Friday, and Boxing Day.

Last year, Canadians spent the most and completed the highest number of transactions on Friday, December 22 (the Friday before Christmas), followed by Black Friday and Boxing Day, respectively.

Categories of stores with the highest increase in transactions from last year (comparing the Friday before Christmas to the previous Friday):

Data released from the company also found that Newfoundland had the most last-minute shoppers (compared to the year before), followed by British Columbia and New Brunswick.

Earlier this year, total spending on Black Friday increased by 6% across the country, surpassing 2017’s results.

Compared to the Friday before Black Friday 2018, overall spending increased by 49.64%.