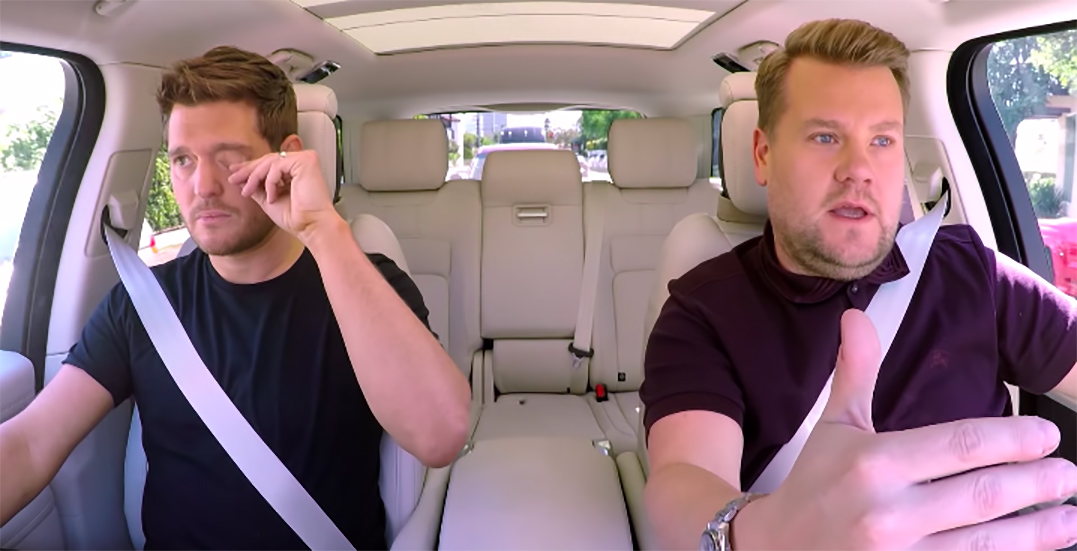 Canadian crooner and 12-time JUNO Award winner, Michael Bublé made a recent appearance on Carpool Karaoke, taking to the streets of Los Angeles with James Corden.

The Vancouver-raised musician quickly grew comfortable, belting out some of his most popular songs and joining in on some laughs.

“There’s two different Bublés,” he explains at one point. “There’s a fat Bublé and there’s a ‘Hey I got a record coming out maybe I should stop eating those slurpies.'”

The car ride quickly grew emotional as Bublé began to open up about when his son, Noah, was diagnosed with cancer.

“You’ve had, by anyone’s standards, an incredibly tough couple of years,” says Corden. “Tell me about everything that happened with Noah.”

“It’s so hard to have to acknowledge it, cause it’s so painful, to talk about,” says Bublé.

“We got the diagnosis and um, that was it, man. My whole life ended.”

“It’s too hard to talk about, man,” he explained while holding back tears. “Basically they just said that it wasn’t great, so we just took it day by day.”

He also took a moment to address how others can help find a cure and contribute to the cause.

“There’s hope and treatments and medicines that haven’t been discovered and will be discovered because of you… all of us can completely, completely make a huge difference,” he emphasizes.

You can check out the full video below.