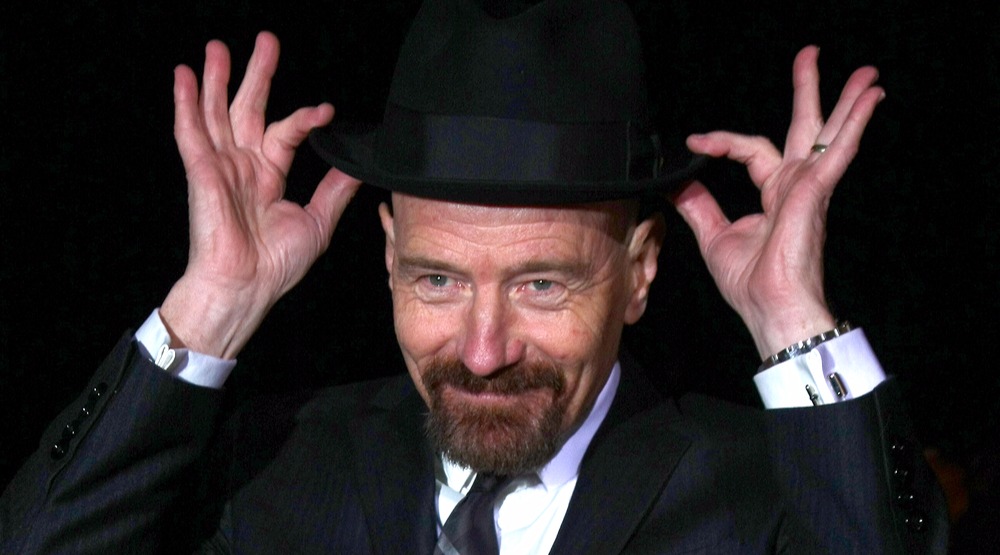 He’s not the first to say it, and not likely the last, but add actor and writer Bryan Cranston to the list of celebrities who have gone on record saying that if Donald J. Trump wins the 2016 US Presidential election, he’ll move to Canada.

The admission came on The Best Seller Experiment podcast, in which Cranston discusses playing a character as divisive as Trump.

Jokingly asked if a Trump win means Cranston would take an “extended vacation to Vancouver,” Cranston says he would “definitely move,” across the border and “be an expatriate.”

Other famous folk who have said they’re making a run for the Canadian border if Donald J. Trump is elected President on November 8 include Lena Dunham, Barbra Streisand, and Chelsea Handler, notes the Hollywood Reporter. Stephen Colbert has humorously looked into what it might take to immigrate, while there are dating sites dedicated to pairing up devastated Americans with Canadians in the event of a Trump win.

But back to Cranston: Sadly, for those imagining the Breaking Bad star setting up roots on our side of the border, the actor did add that the idea of Trump winning doesn’t seem real to him, and that he hopes it doesn’t happen.

And, poof: There go our dreams of bumping into Cranston as he bunkers down in one of Vancouver’s many trendy coffee shops, banging away on his MacBook on the novel he’s always wanted to write, inspired by our nation’s Liberal leadership and Raincouver’s moody weather. You can hear Cranston talk about writing, Trump, and his possible move on The Best Seller Experiment.