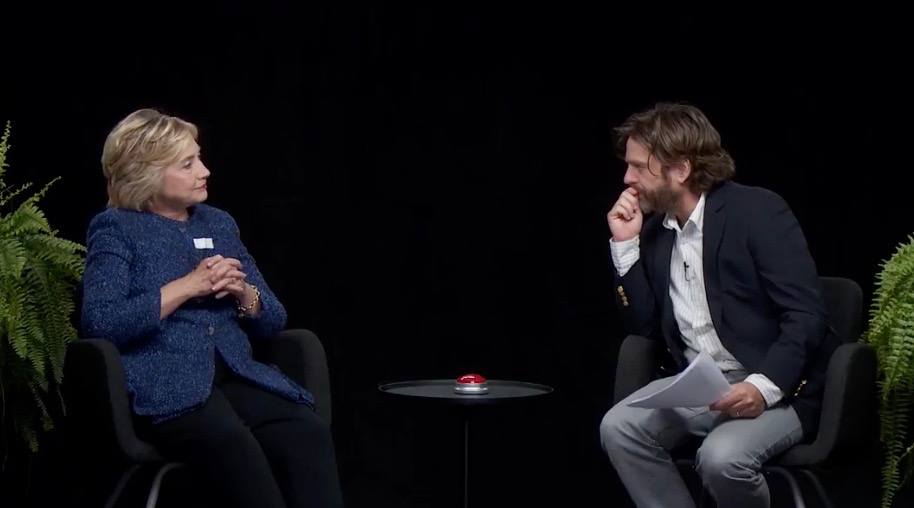 If you’ve never watched Between Two Ferns with host Zach Galifianakis you’re about to watch 5-minutes of beautiful awkwardness.

If you have watched Between Two Ferns with host Zach Galifianakis you’ve probably already stopped reading this and skipped down to the hilarity.

His latest guest is none other than Democratic Party candidate for President, Hilary Clinton.

After opening the segment being tackled by The Secret Service, Galifianakis settles into his role between the plants and hits Clinton with the hard questions.

Emails, the Trans Pacific Partnership, gun control, pantsuits, and more are squeezed into the short time these two have together. But our favourite moment – obviously – is when Galifianakis asks Clinton if Trump wins (and Kid Rock becomes Secretary of State) will she be moving to Canada.

Watch below and find out what the possible future President has to say:

Between Two Ferns With Zach Galifianakis: Hillary Clinton from Funny Or Die